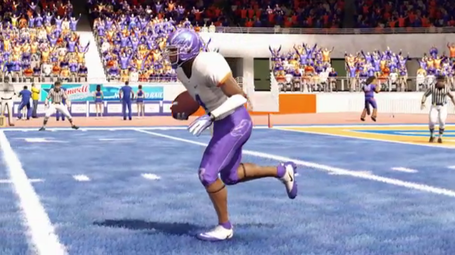 The uni is listed as unlockable content when you download the game's demo, which is available now on the XBox and PS3. What do you guys think of the white jersey combo with the pro combat helmet and pants? I'm sold. Although I really hope that Boise State is not wearing white in Bronco Stadium because they are playing as the away team in the Human Bowl. That would be sad.

USA Today published a report showing how much college sports programs cost their universities to operate, and the MWC did not come out looking too hot. Every MWC team posted a deficit, including UNLV with the nation's worst figure at $34 million in the hole. There's a scratch ticket game for that, I hope.

Boise State needed $10 million to be covered by school subsidies. Idaho needed $8 million, which comes out to half the Vandal athletic budget.

Boise State has been tearing up recruiting in Texas, in case you are Rip Van Winkle or something

This makes me look bad for leaving pee wee football for piano lessons.

And last but not least, a car with a mustache 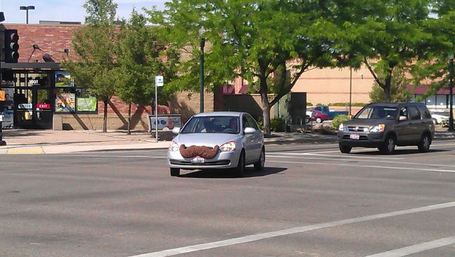 The OBNUG Intern dubbed this the Akeymobile on Twitter, which is as good a guess as any.