Just over two months until kickoff in the Jawja Dome and we've hit another rich vein of O-lineman on our countdown.

We've got 67 days until kickoff...so today we'll be taking a look at number 67 on the Boise State roster—Rees Odhiambo 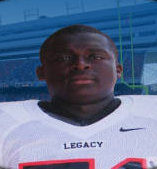 This is also his WWE stage name. 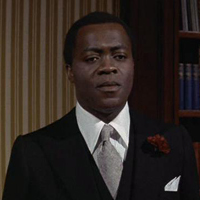 Waiting so long to pick up the game (although this might have led to the Broncos having to fight harder for his services).

Odhiambo already has the size...but he's as green as they come. However, the big Kenyan is all upside and it looks like his academics are above reproach, so I expect that he'll become a football sponge during his redshirt season and be hard to keep off the field in 2012 and beyond. According to Odhiambo's high school coach, Chris Melson, Odhiambo has excellent feet, and is extremely flexible for a big man. He also thinks, believe it or not, that Odhiambo's frame could handle more weight, although Socha might take a look at Odhiambo and tell him "that'll do". I think Odhiambo could certainly play tackle, but I think guard may be a more natural position for him and wouldn't be surprised to see him line up there next Spring. Any way you slice it, the Broncos' youth along the O-line means that we'll won't be seeing high turnover for the next few years. Odhiambo's a project, but I like his chances.