The 2011 Fresno State football team will look a lot like every other Fresno team. There will be some talented skill players, like QB dreamboat Derek Carr and mighty mite Robbie Rouse. There will be some gaping holes to fill, like the offensive line and most of the defense. There will be Pat Hill, staring off into the distance, dreaming about special teams and running the ball on 3rd and 9.

And it will all end in an 8-win season and a middling bowl game.

Welcome to OBNUG's season preview series where we profile each opponent on Boise State's 2011 schedule and find them lacking in one or multiple areas. This one is about the Fresno State Bulldogs. They have Pat Hill as a coach.

What we learned from Fresno State's 2010 season

What can you really learn from a season of Fresno State football that you haven't already learned? The Bulldogs beat some teams in non-conference play (Cincinnati, for one) then lost to a whole lot more in conference play (Hawaii, Nevada, and Boise State). They went to a bowl game - allegedly. Pat Hill kept his job - naturally. I laughed - considerably.

Consensus: Fresno State is not very good, but neither is the WAC. So they've got that going for them.

How excited Fresno fans are for the 2011 football season 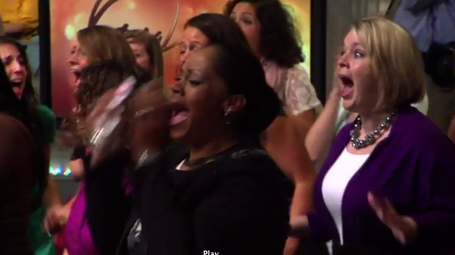 "There's a Carr starting at quarterback!"

The debate: Fresno State would be better off without Pat Hill

Pat Hill has put Fresno State on the map, and he continues to do more with less every single season. Hill is the face of the program, a community hero, a likable guy, and he is more successful than half the coaches in Division I-A. Replace Pat Hill and you run the risk of falling back into no-man's land. Pat Hill will say the right things and get the Bulldogs to a bowl game, year-in and year-out. Half the WAC would kill for a coach like that.

I pity the fu!

First off, apologies for that pun. Second, Pat Hill needs to go if the Bulldogs are ever going to be anything more than blissfully mediocre. At some point, accountability and winning are going to have to play into the performance evaluation for Hill. He just has not got the job done for the last decade, and things aren't going to be any easier in the Mountain West. Fresno recruits stellar players who, for some reason or other, underachieve when they put on the Bulldog jersey. That reason is Pat Hill.

Harrell recorded 10.5 sacks as a defensive tackle last season, which is pretty incredible when you consider that the job of a defensive tackle is to be large and not move when big guys push you. Harrell has that Billy Winn quality where he can penetrate and disrupt plays in the backfield - a trait that you typically only see in elite defensive linemen. Billy Winn does it with strength, leverage, and a mohawk. Harrell does it with strength, leverage, and a mullet. 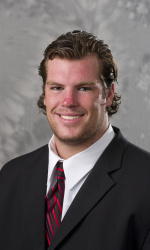 Fresno State's offense summed up in a color

The long-awaited Derek Carr era at Fresno State is nigh, and as a "welcome to the offense" gift, Pat Hill is making promises to open up the playbook and stop being a drag. Not a bad strategy, considering the Fresno offense has playmakers like 1,000-yard back Robbie Rouse and wide receivers Devon Wylie and Victor Dean. Not an entirely good strategy either, though, considering Fresno State only returns one offensive lineman.

Fresno State's defense summed up in a sandwich

Grilled cheese off the children's menu

The Bulldog defense has some work to do. Carter and MLB Ben Jacobs are no more, and Fresno has holes all up and down its defensive depth chart. Only one member of the secondary returns. Logan Harrell may never see a single-team again as long as he lives. There are some pieces and parts to work with (DT Chase McEntee and LB Travis Brown, for two), but the best solution for this defense may be to keep the offense on the field as long as possible. Hey, did you hear Pat Hill wants to go no-huddle?

Boise State vs. Fresno State, October 7 - This date in history

The Broncos travel to Fres-neck for a Friday nighter on October 7, 2011. For historical perspective and superstitious calendar karma, I turn it to Boise State's proverbial curator Tom Scott.

The late Walter Payton becomes the NFL's all-time leading rusher. Payton rushed for 154 yards in the Chicago Bears' 20-7 win over New Orleans to surpass Jim Brown's career mark. "Sweetness" ended up with 16,726 yards in 13 seasons; Dallas Cowboys running back Emmitt Smith eventually broke Payton's record. Not all roses for Chicago that day, though, as the San Diego Padres beat the Cubs in the final game of the National League Championship Series to extend the Cubbies' World Series-less streak to 39 years.

Well that had nothing to do with anything. Kind of like this picture of a cat with a slice of cheese on its head. 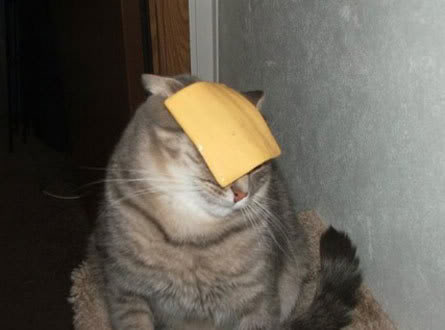 Anyone, anytime, anywhere - even North Dakota at home.

I kid, of course. Apart from North Dakota, this schedule has "Classic Fresno State Meatgrinder" written all over it. The Bulldogs visit Cal and Nebraska in the first two weeks of the season, and they get a visit from Ole Miss six days before the Boise State game. If Derek Carr still has feeling in his extremities by October 7, the season will be a success.

While reading through some Fresno previews, I learned that Pat Hill's mantra for this season is taking the Fresno program from good to great. Well, that's going to be on him. The Bulldogs recruit well enough to be competitive in every game they play. The only thing holding them back is Hill.

Winning the WAC would be a start. And this is the year to do it.

Glass-half-full prediction: An upset or two in non-conference, a WAC championship, and a mid-tier bowl appearance