The Mountain West blog roundtable: On playoffs, coaching, and money out the wazzoo

Share All sharing options for: The Mountain West blog roundtable: On playoffs, coaching, and money out the wazzoo

To keep things fresh and interesting and a little chippy this offseason, I recruited six of the most knowledgeable Mountain West minds on the Internet to participate in a monthly chat about a current MWC story. They agreed.

This month's topic: Which is better for the Mountain West: AQ status or a college football playoff?

Read on for the opinions from your Mountain West bloggers, and feel free to tell us how wrong we are in the comments. Plus, a bonus power poll on the conference's best coaches. People think awful highly of Troy Calhoun.

This month's topic: Which is better for the Mountain West: AQ status or a college football playoff?

Over the past several weeks, news concerning the Mountain West has ranged from pronouncements of impending AQ status to apocalyptic predictions of superconference mania. Who knows what to believe? MWC commish Craig Thompson sure doesn't.

Thompson has gone on record as being both a proponent of AQ status for his Mountain West teams while at the same time working his Just for Men off to get a playoff bracket in place. If Thompson can't decide what is best for the conference, maybe a collection of conference bloggers can. Power to the people, and stuff.

I guess the answer to this question kind of depends on what the Mountain West wants from its college football teams. Would the conference like an automatic "in" with the Fiesta Bowl? Would they prefer the prestige of sitting at the big kids table? Are they interested in having money out the wazzoo?

How about this: Does the Mountain West care about national championships? If they do, then I think that the answer to the roundtable question has to be a college football playoff.

Gaining AQ status and a guaranteed berth in a BCS bowl would be nice for the bottom line, but I don't see it getting a Mountain West team any closer to a championship. Remember undefeated Cincinnati in 2008? Probably not, because they went undefeated and played in the Orange Bowl and never really were taken seriously by anyone. What's to keep the BCS from doing the same to a Mountain West champion?

If you're interested in championships, then I think you have to go with the only option that gives you a true champion. A playoff. Or a Mario Kart tournament. 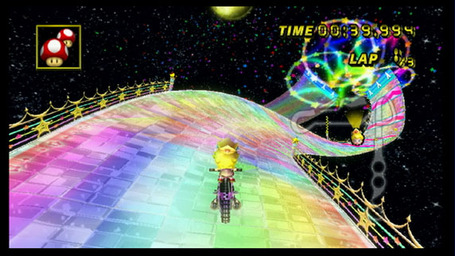 I think the answer is clearly a college football playoff, but it would depend on the specific formatting of the playoff. How many teams are in the playoff and how are they determined? Would the MWC champion get automatic entry into said playoff? How is the revenue from said playoff dispersed?

I agree in that it matters what the playoff is. The MWC could still get stuck with the worst seed in the bunch and have the hardest road to climb. I think they should chase the money, whichever path that is. With Utah, TCU, and BYU already jumping ship, it's hard to see a MWC champ being taken seriously. Follow the money and let the schools build programs before chasing the pipe dream of a NC. We will see how Boise State gets treated these next couple years.

I guess if you consider that a playoff seems light years away, the best option might be AQ status. There's money in a BCS berth, even if it doesn't mean a shot at a championship. Certainly, it's more money than the Poinsettia Bowl has to offer, and as far as timelines go, being AQ eligible could technically become reality as soon as a year from now.

Personally I would love a 16-team playoff where each conference champion gets in with five at-large spots. That gives us a clear champion. However, what is best in the Mountain West's interest since there is no end in site of the BCS is to attempt to join the BCS and take the riches that come with it.

Ian mentioned seeding, and it is possible that a Mountain West champ could be stuck getting a bad seed and that is a concern because it would provide a difficult road to the national title. But if the MWC champ does go through four tough games, then they can say they earned it. The past three years have been the exception with TCU and Utah being No. 6 or higher in the final BCS standings. Those seeds would give the MWC champ a lesser-seeded opponent, but in the upcoming years that may not be the case. I would assume in a playoff scenario the MWC champ would be anywhere from six to 10.

Craig Thompson is toeing the line right now with his latest attempt to gather support from the other non-BCS leagues while pursuing access into the BCS, and I think that is the right decision. I think chasing the BCS is the best option right now because that is the only certainty in college football. 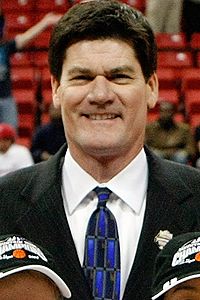 Thank you, Jeremy. You are a gentleman and a scholar.

The Mountain West is simply trying to put as much pressure on the BCS right now and waiting to see which decision they make.

The BCS can pick its poison with this one. The BCS would be a huge boost to the coffers of the Mountain West. We don't know the revenue that would be generated by a playoff system, but some have estimated it to dwarf the BCS model. Ultimately a playoff system is the truest way to determine a national champion, and it would be great to see it finally happen. That said, if the Mountain West becomes an AQ conference, you won't hear me complaining.

So it's settled then. The Mountain West would be better off with AQ status than a playoff because AQ status means guaranteed riches right now and a playoff will happen over Jim Delany's dead body. I'd better leave it at that before I make a joke I will regret.

Each roundtable participant was given the opportunity to rank the conference coaches based on whatever criteria they deemed most important. Here are the individual ballots from each voter.

The homer voter of the month is, I guess, me. But for the record, I voted for Coach Pete because it was the right answer, not because I took in a feral cat and named it Coach Pete.

What would you prefer for the Mountain West Conference - AQ status or a playoff system? Is Rainbow Road the hardest thing you have ever had to do? Think everyone voted for Troy Calhoun out of some weird, repressed patriotism? Share your thoughts in the comments.