The 70s are over (take that, hippies) and tomorrow we'll have arrived at the number that Bill and Ted are thinking of. Time flies when you're having fun—and also when you're doing a roster countdown.

We've got 70 days until kickoff...so today we'll be taking a look at number 70 on the Boise State roster—Zach Waller

Waller was a two-year letterman at Franklin High School in Ryan Dinwiddie's old stomping ground, Elk Grove, CA. Waller came into his own at Franklin HS as a junior and senior, as he was selected All-Delta Valley Conference and second-team all-city. Waller's prowess at tackle also led to his selection for the inaugural Holiday Bowl All-Star Game. The largest nerd scholar since Jake Broyles, Waller was named a scholar-athlete in 2005 and 2006. Waller had one other scholarship offer from Nevada, but being a scholar-athlete, he analyzed the situation and found that playing for a hot-headed octogenarian wasn't the best career move.

It rhymes, and that's good enough for me. 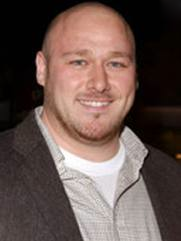 In high school elected to play in inaugural Holiday Bowl All-Star Game. Played in 8 games in 2009. One game appearance in 2010

Waller played in two games as a redshirt freshman in 2008, and in eight games in 2009. If the trend had held, he was on pace to appear in 32 games in 2010. However, fate was a cruel mistress and Waller saw his lone game action on October 9th against Toledo. What exactly caused Waller's backslide isn't clear—or maybe it was an injury and I just forgot. Either way, it's safe to say that 2010 didn't go as Waller had planned, but that doesn't mean 2011 can't deliver a far better swan song. Waller still has to contend with his old nemesis, the depth chart, if he's going to dramatically improve his playing time in 2011, and while not positioned as a starter (presumably at left tackle)—he should be in the mix to make game appearances throughout the season. Had Nate Potter stayed at guard—or Waller stayed at Right Tackle—his prospects might have looked a bit better as he would've just had to unseat sophomore Charles Leno rather than the NFL-bound Potter, but his experience on both ends of the line tell me that he could feasibly be one rotation (or one injury) from PT on either end. Of course, anything can happen in Fall Camp and Waller could make a meteoric rise ala Jake Broyles and be #1 on September 3rd...the optimist in me thinks it's entirely possible. You don't want to know what the killjoy pessimist in me thinks.

Waller packed on 8 more lbs. since last season. How did he do it? By using his old stand-by, homemade "protein shakes". The ingredients: avocado, horse meat, bacon, a bloomin' onion, peanut butter, and boot leather (seasoned, to taste).