Don't look now, but we're almost to the end of the 70s on our roster countdown. Oh, what the heck...go ahead and look now.

We've got 71 days until kickoff...so today we'll be taking a look at number 71 on the Boise State roster—Greg Dohmen

Dohmen walked on last season after a solid career at Red Bluff. Dohmen won four varsity letters with the Spartans and was an all-conference selection as a senior after posting 18 tackles, a sack, and a fumble recovery. 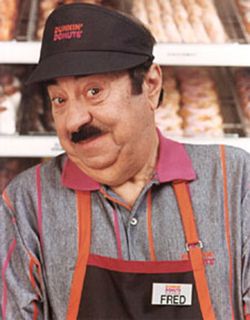 Time to make the pancakes donuts. 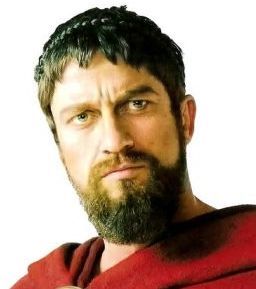 All-conference selection as a senior. Grows a pretty solid beard.

This season may count, as I foresee a fair amount of pine-riding in 2011.

Dohmen has a pretty big hill to climb before he can even sniff the O-line depth chart (smells like sweat and bag balm) for 2011. Frankly, I don't know whether he'd even line up at guard or tackle, although I have an inkling that he's more of a guard type fellow. I have, however, learned one thing as a Bronco fan: never count out a walk-on. Just two seasons ago, an over-the-hill walk on named Michael Ames came from nowhere to seize a starting role at tackle...and although I know next to nothing about Dohmen, I'm sure with enough hard work and perseverance he could make the same leap. That said...it ain't happening this season. The Broncos have too much depth along the line for Dohmen to crack the two-deep and if he'll be playing guard, as I suspect, he'll likely have Kellogg, Broyles, Myers, Gerke, Durrant, and Hayes ahead of him. My advice to Dohmen would be the same advice I give to the Chicago Cubs every season: Shoot for next year. 2012 will see a mini exodus along the O-line that will create a bit more wiggle room (not too much, however, with the addition of Henry, Odhiambo, and Sheffield). Dohmen can use 2011 to make his presence known on the scout team and pack on a few extra lbs...he's got plenty of time.

Dohmen has a small family of possums that live in his beard. The biggest one's name is "Tinker".