Apparently Nevada had a pretty good season last year. I am fuzzy on the details.

Good thing, too, since previewing the 2011 Nevada football team requires very little carryover from last year. The most significant players from last year's team are gone, and while the experts expect the Pack to contend for the WAC title again in 2011, it's more an expectation by default once said experts took a look around at who was left in the WAC.

For an overview of the Pack's WAC chances and their full 2011 season prospectus, join me after the jump. There will be Colin Kaepernick jokes.

Welcome to OBNUG's season preview series where we profile each opponent on Boise State's 2011 schedule and find them lacking in one or multiple areas. This one is about the Nevada Wolf Pack. They would like a time machine.

What we learned from Nevada's 2010 season

The swan song for Colin Kaepernick and gang could not have gone better for the Pack. They finished ranked No. 11 in the country. They beat the Broncos. They only had one brain fart during the season as opposed to the requisite two brain farts. It was the greatest season in Nevada history, one that fans were singing about for months-and-a-half before going back to not caring about Nevada football.

But what does it all mean? Well, to be quite honest, last season probably can't teach us much about next season except for the fact that Chris Ault may not be as bad of a coach as my stand-up routine makes it seem. He and his staff played chess admirably with Coach Pete and made good on the loads of talent on the roster. There's a first time for everything, I guess.

Consensus: Nevada is not bad enough to make the early parts of 100-team countdowns nor are they good enough to be mentioned in preview magazines. They exist in a WAC wormhole.

How excited Nevada fans are for the 2011 football season 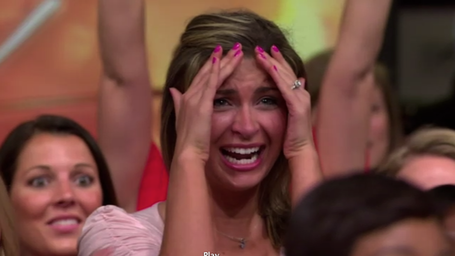 Mostly excited, but still have a little bit of a headache from being football fans for a whole seven months straight.

The debate: Tyler Lantrip will be just fine as the new Colin Kaepernick

The Tyler Lantrip transition will be Silk-milk smooth for the Pack thanks to the new QB's experience in the offense, his old man maturity, and his quarterbacking skills. Lantrip can throw a pass ... with touch! Imagine how excited Packfan will be when he sees that. Lantrip's dynamism will pale in comparison to Kaepernick's, but that's why you have other skill position players on your team. Make Mike Ball earn his keep, am I right?

I'm sure Lantrip is a very nice guy, perhaps even a little like Bush Hamdan when Hamdan waited patiently for his chance at BSU's starting gig. But a Kaepernick clone, he is not. And that's going to hurt the Wolf Pack. Kaepernick could make plays when plays needed made, and I imagine that plays will be needed a lot on a rebuilt Nevada offense. Lantrip can throw a good pass, but since when has Nevada's offense called for one of those?

I could not pick James-Michael Johnson out of a lineup, unless that lineup were playing defense for Nevada. Then I imagine it wouldn't be terribly hard. Johnson will be the good one, the one making tackles sideline-to-sideline, outthinking feeble-minded WAC quarterbacks, and being that one guy that offensive coordinators scheme against. Hope you like center-fullback-guard triple teams, Mr. Johnson. Those are things you're going to have aplenty.

Nevada's offense summed up in a color

No more Colin Kaepernick and no more Vai Taua means that Rod Gilmore and Joe Tessitore are going to have some serious edits to make to those fantasy teams of theirs. 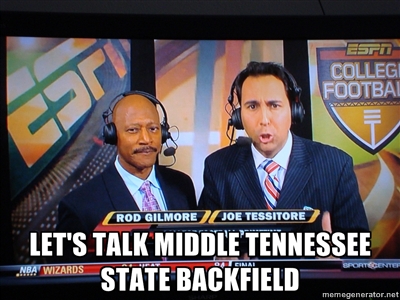 Replacing the dynamic duo will be Lantrip at QB and a cadre of knee parts at RB like former knee surgery patients Mike Ball and Lampford Mark. Should Lantrip fail, there are two eager backups ready to take his place. Should Ball or Mark fail, Chris Ault will just find some squatty fast kid to plunge into the A gap time after time.

Now for some sad news: Brandon Wimberly, star of last year's BSU-Nevada game, was shot in the abdomen this week and his football career is over. It seems trivial to discuss the depth of the Nevada wide receiver position at this point, so I'm not going to. Godspeed, Brandon Wimberly. Now here's an awkward transition to Nevada's defense and a BLT analogy.

Nevada's defense summed up in a sandwich

BLT, hold the B

To say that new DC Andy Buh did a good job with the Nevada defense is to know what the Nevada defense was like before Buh showed up. The Pack still only finished 54th in the country in total D, but considering the typical colander of a front seven and the pajama-bottom escape hatch of a secondary, this was a marked improvement.

Two-time WAC DPOY Dontay Moch is gone, which is sure to make life tougher on Buh and the rest of the holdovers - guys like Johnson and CB Isaiah Frey. How much did Moch's pressure help mask the inadequacies of his teammates? I imagine we'll find out that answer pretty quickly in the season opener against Oregon.

Nevada vs. Boise State, October 1 - This date in history

Nevada visits Bronco Stadium on Saturday, October 1, 2011. For historical perspective and superstitious calendar karma, I normally turn it to Boise State's proverbial curator Tom Scott, but Mr. Scott Slant does not have any October 1 trivia in his archive. Therefore, a list of celebrity birthdays is in order:

Draw your own conclusions on what this may mean for the Nevada game.

Nevada has the unique opportunity to play four of its first four games on the road. At least, that's the way that AD Cary Groth must have pitched it to the Pack players and coaches. Typically when teams schedule a four-game road trip to open the season, that means a) the stadium is under construction or b) the rodeo is in town. So Nevada's excuse is maybe c) Words With Friends Lotto is scheduled to be released?

At least one of the games is against San Jose State. That will be nice. 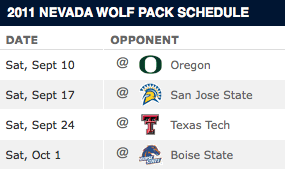 The WAC is as wide open as it has been since the Taylor Tharp epoch, and Nevada is one of a three-headed xx of teams that expects to contend. Bully for them, the other two contenders have to visit the unfriendly and bird-flipping confines of Keno Reno. Nevada's season will not be defined by its non-conference record (which will be ugly), but rather by its performance in conference. Chris Ault has the team to win the conference outright, provided all the pieces (like the Taylor Lantrip 5,000-piece jigsaw) fall into place.

Glass-half-empty prediction: A struggle to get to .500 and hoping that the MAC can't fulfill all its bowl tie-ins