Summer has finally arrived in the Treasure Valley and the countdown enters its 27th day. We're batting a thousand so far, which is something that Ted Williams never even came close to. And he's in the Hall of Fame? Just sayin'

We've got 73 days until kickoff...so today we'll be taking a look at number 73 on the Boise State roster—Nate Potter

Potter was a three-year starter at Boise's Timberline High, where he wasn't fond of allowing sacks. In fact, Potter allowed zero sacks as a senior and just two as a junior (in 286 pass attempts). Potter's size and mobility helped him become a dominant high school player locally, and he was recognized as all-region by Prep Star magazine and placed on the Northwest Hot 100 list. Potter also earned first-team all-state and All-SIC honors as a junior and senior at Timberline. Potter was also offered by Utah and Idaho, but chose the Broncos for obvious reasons (the Broncos are awesome). Nate grayshirted in 2006 and redshirted in 2007.

I hope we don't have a Frank Burns or "Hot Lips" Houlihan on the roster. 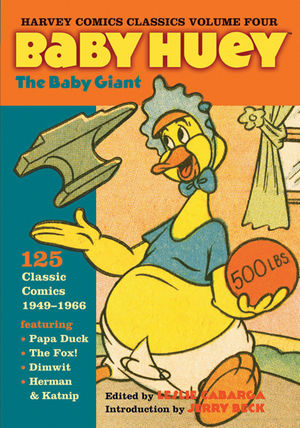 As a freshman, blocked a field goal against Southern Miss. Named first-team All-WAC as a sophomore at left tackle. Helped Boise State O-line give up the fewest sacks in the country (5) in 2009. Started all 13 games for the Broncos in 2010 (at left tackle) and was named first-team All-WAC for second straight year. Also named to All-WAC Academic Team and internally, named team's Outstanding Lineman. Named preseason All-American in 2011 by Phil Steele and Athlon.

It's been very interesting watching Potter transform from a rosy-cheeked man-child into a dominating behemoth. Not many, myself included, thought he stood much chance of adequately replacing Ryan Clady, but Potter has far surpassed expectations and may, indeed, follow Clady's lead and become another first-round draft pick. The fact that Potter has the versatility to play guard has to have NFL teams salivating as well—he's currently the rated the 3rd best OT available for next year's draft by NFLDraftScout.com. Personally, I think Potter will probably go high in the 2nd round, but even that is a pretty amazing accomplishment for someone who at first blush seemed too slim to get the job done on the O-line and too delicate to stay healthy for long. Potter should have his 3rd straight All-conference season in 2011 and continue to provide enough time for Kellen Moore to make sandwiches in the backfield. I don't anticipate any more tomfoolery switching him to guard...he's fully capable of playing the position, but is the best tackle we've got, and it'd be a shame to not use him there.

It seems like every few years we wring our collective hands about the future of the tackle position, and then someone steps up and makes for a seamless transition. Potter did just that when Ryan Clady departed, just like Clady did when Daryn Colledge graduated. Who will be next in the line of great Bronco tackles remains to be seen, but if they're half as good as Potter has been during his stay, we should be just fine.

Potter often catches himself daydreaming about what it would be like to live the life of another Potter—fictional wizard, Harry Potter. One look at Nate though tells me that he doesn't have the chops for Gryffindor—he's a Hufflepuff if I ever saw one.