Share All sharing options for: Why the 2011 season may be Boise State's best chance at a BCS title for quite some time

I don't mean to alarm you, but there is reason to believe that this season may be Boise State's last, best chance at crashing the BCS title game for the foreseeable future.

Now, I know what you're thinking. No way Jose. Boise State will be good forever, and you, Kevan Lee, are a boob. I couldn't agree more. But at the same time, there have always been those people who believe hard times will come to Boise State sooner or later, and there is more than a little evidence to think that "sooner" could be the 2012 season.

Why so hasty in my end-of-days proclamation? Well, have you looked closely at Boise State's roster for next year?

Incredibly, the Broncos will undergo almost a complete team turnover from the 2010 team that was preseason Top 5 to the 2012 team that will take the field next fall. There will be only two starters from the 2010 team still around in 2012 - CB Jamar Taylor and OG Joe Kellogg. Have you been mentally preparing for Joe Kellogg banners hanging from Bronco Stadium on your 2012 commute? I know I haven't.

Here is the breakdown of depth charts:

To take it one step further, the starting lineup for 2010 was basically the exact same as the lineup in 2009, minus Kyle Wilson. Translation: Boise State has had the same guys starting at the same positions for three-plus years. And in 2012, someone presses the reset button.

So what does it all mean? 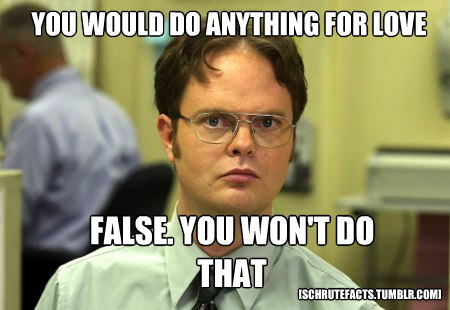 If you believe that the Broncos will simply reload over and over again with talented teams, then the roster exodus is probably not that big of a deal. Certainly there is reason to suspect that Boise State can reload based on their sustained success for the past decade and the fact that they continue to recruit better and better players. This is not the 2007 Hawaii team we are talking about. You cannot get rid of Boise State that easily.

At the same time, Bronco fans should recognize that this season will be the end of a truly special era in Bronco football. Boise State has fielded one of its greatest teams of all times, essentially, for three consecutive years. That doesn't happen, and it isn't likely to happen this way ever again.

Meaning No. 3: The all-or-nothing season

I am not entirely sold on this premise yet, but here goes: Boise State needs to win this year because they will not have the same preseason rankings and hype and opportunity once the roster turnover is complete. Also, they may not have as good a team in 2012 as they will in 2011 with so many new faces in starting roles, including a new quarterback and entirely new defensive line. Expect Harris Poll voters to forget they exist, in other words.

Overall, the impact of Boise State's roster turnover really remains to be seen. The fact of losing 20 of 22 starters over two years is undeniable, but what to make of the aftermath? Will the Broncos find themselves in the Top 25 as easily after everyone is gone? Will the team continue its success with a brand new crop of players? I know some outsiders would like to think that the Bronco empire will take a siesta following the 2011 season, but we Bronco fans know better.

Boise State football is always good. It's just that in 2012, no one knows the details yet.