Share All sharing options for: Boise State schedule preview: The Toledo Rockets and the MAC takeover

Boise State travels to the Glass Bowl this fall to face a Toledo team that many expect to be relatively good, you know, for Toledo. The Rockets return a lot of players, have a solid coach, and play in the MAC. It's the GoDaddy.com Bowl perfect storm!

After the jump, get an overview of the 2011 Toledo team, including their best players and their best opportunities to make a statement this season.

Welcome to OBNUG's season preview series where we profile each opponent on Boise State's 2011 schedule and find them lacking in one or multiple areas. This one is about the Toledo Rockets. Boise State hung a 50 burger on them last year.

What we learned from Toledo's 2010 season

When the Rockets visited Bronco Stadium and received their rear ends in a gift basket, that was as low as it got for Tim Beckman and gang. After the loss, Toledo ran off five wins in their last six and very nearly sneaked into the MAC Championship game, which is an actual thing people care about. Their second runner-up prize was the Little Caesars Bowl that went down to the wire and, were Robb Akey watching, was just as good as that one Fiesta Bowl with Boise State and Bob Stoops.

Consensus: Toledo is a very good MAC team, and that's not saying much.

How excited Toledo fans are for the 2011 football season 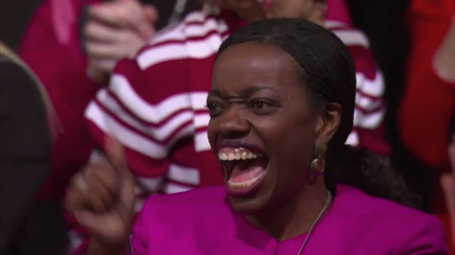 The debate: Toledo will improve on its eight-win season from last year

Depending on your Toledo depth chart version, the Rockets return as many as 18 players on offense and defense this fall. That's a lot of people who already know each other. Tim Beckman gives off the airs of a coach who knows what he's doing, and the Rockets call the wide open MAC home. The Toledo football program is on an upswing, and there's nothing to stop it.

Three of the Rockets' first four games are against bowl teams from last year in Ohio State, Boise State, and Syracuse. If those three go down as losses and if the Rockets fall once in conference play, Toledo is looking at an eight-win regular season once more. Plus, I haven't even factored in that the Rockets don't know who's playing quarterback and that's kind of an important decision. Eight wins would be great. Any more would be a moonshot. Get it? Because they're Rockets.

Agree or disagree or who's Tim Beckman again?

No, every preview magazine picking a Toledo player as a preseason All-America is not a typo. Phil Steele picking Landry Jones as a first-team All-America is a typo. But I digress ...

Eric Page is really good, as I'm sure Bronco fans remember from last season when the little guy flitted his way for 11 catches and 120 yards -but no touchdowns! as Brandyn Thompson would like to remind you. He is a really good receiver, but he is a really, really good kick returner. Remember Peter Warrick? Eric Page is small-college Peter Warrick. Give Page space, and he can jitterbug you to death.

Toledo's offense summed up in a color

White - the absence of color

White lacks color; Toledo lacks a quarterback. Austin Dantin and Terrance Owens are both returning starters from last year, having split time in the starting role. Tim Beckman liked them both and continued to like them both, so much so that he can't pick between the two. Whoever he chooses will benefit from throwing to Page and handing to 1,000-yard rusher Adonis Thomas. There are even linemen back to protect the fella. Not a bad gig if you can get it.

Toledo's defense summed up in a sandwich

What's pastrami? I have no idea. Pork, maybe. What does the Toledo defense do well? Not sure. Tackling, perhaps.

I do know that LB Dan Molls returns off a year where he was the MAC's second-leading tackler, and that as many as nine defensive starters will be back off a unit that finished middle-of-the-pack in the MAC. The defense will be improved in 2011, and Toledo will count on Molls and All-MAC defensive lineman D.J. Fatinikun (DJ Fat to his friends) to make it so. A step back could be costly for the Rockets.

Boise State vs. Toledo, September 17 - This date in history

The Broncos play Toledo in the Glass Bowl on ESPN on September 17, 2011. For historical perspective and superstitious calendar karma, I turn it to Boise State's proverbial curator, Tom Scott.

Boise State's magical '94 season is kick-started in the third game of the year as the Broncos upset Nevada, their only Division I-A opponent, 37-27. Offensive coordinator Al Borges emptied the playbook, scoring touchdowns on a flea-flicker and a hook-and-lateral to beat a team that had pounded BSU the year before in Reno, 38-10. Nevada would go on to a 9-2 season, and Boise State would be 13-2 after a trip to the Division I-AA national championship game.

Toledo opens the season against New Hampshire, the Idaho State of the Northwest. But Week Two makes for a very interesting matchup when the Rockets visit the Tattooed Horseshoe in Columbus for a date with the Buckeyes. I marked this down as a Toledo loss out of reflex, but this game could be a tricky one for tOSU. Could the Rockets upset the Buckeyes and give a big boost to Boise State's strength of schedule? Yes, that's how I'm praying.

The Toledo Rockets have every opportunity to have a special 2011 season. A MAC championship is within reach and maybe even a spot in the Top 25. Depending how the non-conference schedule goes and who ends up taking snaps, you could be looking at a 9-3 or 10-2 team and, converted to MAC expectations, that means party.

Glass-half-full prediction: 10 wins, an upset of Ohio State, and whatever the best MAC bowl is

Just like last year only better because I can change the channel at halftime and watch my stories.

What do you make of the Toledo Rockets? Do you think this Rockets team has what it takes to improve on last year? Did you even bother following up on Toledo last year? Share your thoughts in the comments.