For those that think Bronco football season will never get here, keep this in mind: we're 20 days closer to kickoff than when I started the countdown. TWENTY!

We've got 80 days until kickoff ... so today we'll be taking a look at number 80 on the Bronco roster—Kyle Efaw

Efaw was the Bo Jackson of Boise's Capital High, excelling at virtually any sport he tried. As a three-sport letterman in baseball, football, and basketball, he made three seperate All-SIC teams his senior year. In his three years of varsity football, Efaw caught 89 passes for 1,210 yards and 14 touchdowns, rushed for 149 yards and one touchdown, made 149 tackles and 10 interceptions and punted 31 times, averaging 35 yards/punt. Lofty stats, to be sure...but how's this for a mind-blower: Kyle's senior year, he was named first-team all-state and all-conference as a tight-end, defensive back, and punter! For his efforts, Efaw was also named all-region selection by Prep Star magazine and ranked #25 on the 2006 Northwest Hot 100. Possibly more mind-boggling than Efaw's prep career was the fact that Boise State was the only school to really recruit him. Fine by us...and by Efaw.

It rhymes with his last name and is cowboy for "Hooray". Kismet. 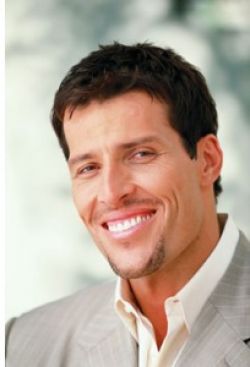 Efaw has had a pretty good career for a lightly-recruited TE from Boise, Idaho. He's accounted for over 1000 yards of offense and 6 TDs. He's become a part of Bronco lore by being on the receiving end of the play now known as "Riddler" in Fiesta Bowl Part Deux. He's grown a beard that Facial Hair Quarterly called "a little patchy, but otherwise solid". What more can he do? Get to the next level, that's what—and here's what he needs to do to get there.

1) Gain weight. Since last season's Efaw bio had him at 229, I'll go ahead and affix a gold star to this one.

2) Become a blocking machine. NFL tight ends aren't used like they are in the college game. The dudes are usually these size of Alge Crumpler for a reason. They need to throw some weight around from time to time on some big dudes. If I could find one chink in Efaw's armor over his career it's that he hasn't been a tremendous blocker...tighten that up and scouts will start texting.

3) Go off. Last season, I underestimated Efaw's 2010 TD count and overestimated his yardage count. This season, Efaw needs to become the redone threat he was in 2010 and the possession receiver he was in 2009. No one is expecting Titus Young type numbers from the tight end, but people need to know he's out there when...you know...he's out there.

4) Have fun. Efaw has been, at times, a reluctant leader on this Boise State team. He's admitted that he suffers from confidence problems on the field and gets bothered by the pressure. As a senior, Efaw needs to embrace his role as a leader and command the confidence of the coaches and his teammates in the huddle.

Is it pie-in-the-sky to think that Efaw can get drafted or sign as a UFA next year? I don't think so. He's one of the more athletic tight ends we've had in Boise in some time and he's a bigger offensive weapon than most as well. His size is still somewhat smallish and it's easy to forget sometimes that Efaw is actually 6' 4". I'd love for the local boy to go out with a big season, but I'd love it even more if he could follow in Jeb Putzier's and Derek Schouman's footsteps as a locally produced tight end making it to the league. And as for predictions—I say that Efaw piles up 6 TDs in 2011 and has 380 receiving yards. Don't quote me on that.

Kyle is releasing a hip-hop single this Fall titled Efaw'd the law, and the law won.