We're still stuck on the Bronco D-line as we continue our countdown to the opener in the Jawja Dome. Each day we'll highlight the Bronco player with the jersey number that corresponds with the number of days left till kickoff. Clear as mud? Cool...let's continue.

We've got 95 days until kickoff...so today we'll be taking a look at number 95 on the Bronco roster—Darren Koontz

By following past Bronco luminaries like Jeremy Childs, Orlando Scandrick, and Quinton Jones. Los Alamitos has been good to the Broncos in the last few years and coach John Barnes is more than happy to send his standouts down Boise way. Koontz was named honorable mention All-Sunset League as both a junior and senior, and Los Alamitos' Defensive Player of the Year during his time there, leading the Broncos and Air Force to extend scholarship branches. Koontz chose the Broncos and redshirted in 2008.

Everybody knows that Bewitched went downhill after Dick York gave way to Dick Sargent. Being "the first Darren" means you hold it all together. 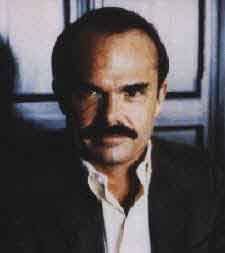 Broken foot forced him to sit out 2010 season.

Someone told me once that when God shuts a door, he opens a window. Well, I'm not sure if God broke Darren Koontz's foot last Fall, but the injury certainly opened a rather large window for Tyrone Crawford to squeeze through. The initial plan had been to redshirt the JC-transfer Crawford in 2010, but Koontz's injury was the extra push the Broncos needed to get Crawford into the lineup...and Crawford delivered in a big way. This year, Koontz has no plans to force another redshirt into the spotlight...he should be healed and ready to bring his game experience to a somewhat depleted D-line rotation. Sure, we've still got the big boys, Winn and Baker, plugging up the middle...but with the dismissal of J.P. Nisby, one of the primary backup roles back on the table. Michael Atkinson should be considered a front-runner to be one of the backups if he keeps his nose clean, and I saw enough from Ricky Tjong-A-Tjoe last season to believe that he may be the other. If Koontz is fully healed, he'll likely battle throughout Fall Camp for a slot on the 2-deep. His primary competitors will likely be Greg Grimes and Justin Jungblut, but don't be shocked if incoming freshmen Robert Ash or Jeff Worthy make a strong push. Both were very highly prized recruits and already have the bodies to jump right in. Any way you slice it, the Broncos have a wealth of talent and depth all along the defensive line and Koontz has shown in the past that he's a very capable reserve. Hopefully his foot has mended and he's ready to duke it out this Summer to regain lost ground.

Koontz stays nimble in the offseason by playing Ninja Gaiden on the original Nintendo Entertainment System. If you can beat that game, you can do anything.