In an effort to save you $7.99 and a trip to Hastings, OBNUG will be mining each of the four major preview magazines for the best Boise State-related items. Now: Athlon Sports. Later: Sporting News, Phil Steele, and Lindy's.

If Athlon Sports were a boy and the Boise State football team were a girl, the two of them would be making out behind the bleachers and getting matching heart pendants and doing whatever it is that boys and girls do with each other on Facebook nowadays. Poking each other? I'm not entirely sure. Point being, Athlon Sports and Boise State have a love that covers all.

Case in point: Kellen Moore is on the cover and the Broncos are Athlon's No. 5 football team in the whole country. And that's just the tip of the iceberg. Hit the jump for more Athlon love nuggets.

On to the nuggets!

Because they know what's good for them, probably.

The defensive line rankings were part of Athlon's attempt at a top five for every position group nationwide. In addition to the splendid unit rankings, defensive line studs Billy Winn (first team) and Shea McClellin (second team) made Athlon's preseason All-America team. Not bad for a supposedly undersized line that plays in a non-BCS conference.

For what it's worth, Boise State's quarterbacks came in at No. 2 to Stanford's quarterbacks. Fittingly, Kellen Moore was second team All-America to Andrew Luck's first team.

Nugget No. 2: Athlon predicts Boise State versus Texas A&M in the Fiesta Bowl

I am so there.

Nugget No. 3: Nine of Boise State's 12 opponents were chosen by Athlon to participate in bowl games

One was the Little Caesars Bowl, but still, it counts. I guess.

The three who didn't make the cut: Wyoming, New Mexico, and UNLV. Better luck next year, but probably not.

Nugget No. 4: The key to beating TCU, according to Athlon

This from a Mountain West assistant coach:

When you play against their speed on defense, you've just got to pound them. For as good as they played against Wisconsin, Wisconsin was able to pound them some. 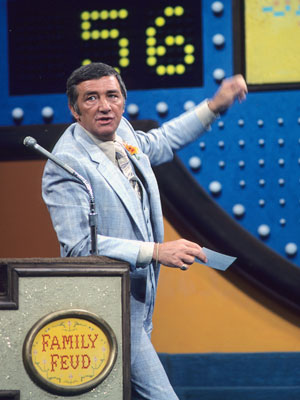 Nugget No. 5: Athlon thinks a national championship is entirely in the realm of possibility for the Broncos

The schedule should help the Broncos sway skeptics ... If the Broncos beat Georgia and TCU - and look good doing it - they might be able to fiish the historic quest for a title shot that they began last year.

Prepare yourself for a season of style points, everybody.

Will you be picking up Athlon's preview magazine? What do you think about Athlon's praise for the Broncos? Can Boise State's schedule really produce nine bowl teams? Would a Texas A&M vs. BSU Fiesta Bowl be awesome or what? Share your thoughts in the comments.