People's Champion: The case for a bunch of other people

Share All sharing options for: People's Champion: The case for a bunch of other people

When the bat signal went out for People's Champion candidates, there was such a flood of response that I had no choice but to expand the field and cover as many candidates as possible. Your feedback is my command, and besides, I can always use an excuse to waste 15 minutes reading through Gerald Alexander's Twitter feed.

So in addition to the main candidates who have been featured over the past several days, here is a collection of darkhorses to make People's Champion voting all the harder. Join me after the jump for a brief look at each, and share your thoughts in the comments about this new set of nominees.

You have not taken a poll until you have taken a Mikrino Poll. The OBNUG reader extraordinaire posts weekly during the season on such topics as why you should never be afraid at any time of any Bronco opponent ever, what to do if you ever find yourself in Iowa (hint: leave), and how to get banned from absolutely any blog. The best part is that each post ends with a poll - a glorious, boastful, confident poll where there are no wrong answers, only right answers. Oh, and an option for hating mikrino.

I think I speak for all of Bronco Nation when I say, "Mikrino, you and your polls are the wind beneath my wings." Polling is kind of a big deal in Idaho. 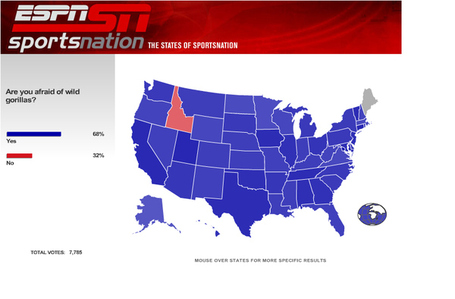 First off, the Bee is a triumph in quality sports journalism. Second, and more importantly, the Bee staff has a huge, man-sized crush on the Boise State football team. Take last year, for example. These were the actual words that Bee reporter Matt James wrote following Boise State's 51-0 win over the Bulldogs:

As one parent of a Fresno State player said the day after, you can't really appreciate this year's Boise State team until you see it in person.

It is ruthless. Eye-catching. It is General Patton looking dynamite in an evening gown. It is some combination of an IRS auditor and Cirque du Soleil. Mike Tyson would say the Broncos' offense is impetuous and their defense is impregnable, and he would be right on both accounts. They are, in every sense, ferocious.

Sheesh. Get a room, Matt James. May I suggest Boise's downtown Marriott Hotel? It is within walking distance of a BroncoShop.

Though you may not understand fully what Twitter is or does, know that Gerald Alexander is very good at it. The former Boise Stater and current NFL free agent, Alexander spends an inordinate amount of time on Twitter backing the Broncos in every way, shape, and form imaginable. Case in point: Random Bronco offseason trivia.

@BrandynThompson quick BSU trivia youngin. What QB played at Boise St that is an Elk Grove alum. (The most recent)less than a minute ago via Echofon

@mannypau Money can't buy true love homie. It's not an "investment"less than a minute ago via Echofon

No offense to Boise State radio play-by-play man Bob Behler, but the voice of the Broncos will always be Paul J. Schneider. His sultry rasp is woven into the fabric of Bronco Nation and digitally embedded into this keychain I own. Boise State may have taken Paul J.'s gametime duties away, but the Bronco legend still hits the airwaves for pregame coverage and Bronco talk on a regular basis. Also, he now has that whole Jeremy Avery - Jeremy Childs thing figured out, so he's good to go.

In a world where East Coast bias reigns supreme, Chris Dufresne is a pioneer in the rather sparse field of West Coast Boise State bias. Good for him. His articles defending the Broncos are legendary. OBNUG reader Pac 10 alum has stated Dufresne's case already in the FanPosts section, so allow me to link liberally to that and avoid what would otherwise be a lot of work for me. Now, more Gerald Alexander tweets!

Sammy Sosa man....there's not a lot more i can say...he looks like a skeet stain!less than a minute ago via Echofon

Who is your favorite out of this list? Any I left out? Can any of these candidates topple Pat Forde or Chadd Cripe or the rest? What is a "youngin"?Share your thoughts in the comments.