Share All sharing options for: People's Champion: The case for Dan Wetzel 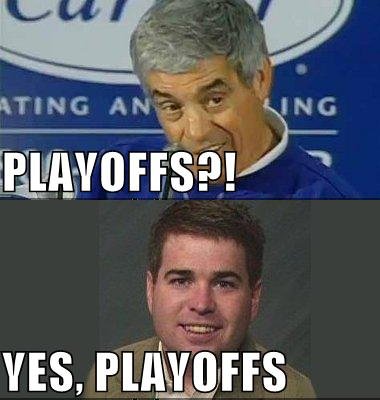 Bronco Nation is spoiled to have not one but two national sportswriters championing the cause of Boise State across the interwebs. And they each go about it in their own way. Pat Forde is the Tom-Cruise-jumping-on-Oprah's-couch kind of guy, making up catch phrases and being awesome. Dan Wetzel is the Jon-Stewart-Daily-Show-monlogue type, writing books and solving problems. Which one is a better choice for Bronco Nation's People's Champion? Well, I guess that's why we have a vote.

Join me after the for highlights of the life and times of Dan Wetzel.

You are reading an essay on why Dan Wetzel is an angel from heaven and deserves consideration to be Bronco Nation's new People's Champion. More candidates to come. Voting to take place this week. 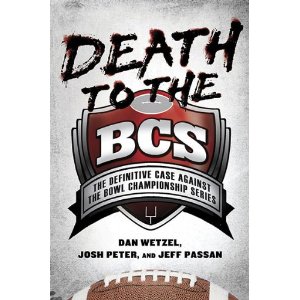 I don't know about you, but I believe pretty strongly that the BCS is Satan's plaything and that every day spent without a playoff brings us one day closer to a FamilyRadio-type apocalypse. Still, I don't believe this strongly enough to write a book about it.

Dan Wetzel does, and so Dan Wetzel did. For college football fans who are as playoff-ready as I am, Death to the BCS is one of the most glorious pieces of sports literature ever written, like a logic-fueled The Blind Side or an investigative Horse that Played Centerfield. Wetzel and his co-writers spend hundreds of pages trashing the BCS, praising playoffs, and turning phrase so beautiful it was as if Dustin Lapray and Ayn Rand had a baby, called him Elliot, and sat him in front of a word processor:

So for now the BCS survives, a roach amid a typhoon of Raid, emanating coldness, ignoring the measured consideration of old coaching icons, and dismissing fans' bellows. Even the unyielding push of common sense is held off with mistruths and misdirection that turn the entire issue into a river of red herrings.

Wetzel's playoff plan, which he champions every year around bowl season, calls for 16 teams and a single-elimination format - all conference champions make the field, bowl traditions get preserved, and everyone makes a million dollars. Like, literally everyone. This thing would be a cash cow.

Wetzel's plan is college football nirvana, plain and simple. And Wetzel truly, madly, deeply believes in it so much so that the playoff cause will forever imbue his career. When the BCS finally gets overthrown and someone melts Jim Delany by tossing water on him, people are going to riot and party and shake Wetzel's hand when they see him rioting and partying in the street. He is the face of college football playoffs, like it or not. I think he likes it.

In addition to being a playoff prophet, Wetzel also is an award-winning sports journalist who has helped turn Yahoo Sports into a beacon of investigative journalism and scooping. He has written other books, he has a regular Yahoo column, and his last name rhymes with "pretzel." What hasn't this guy done? Well, he hasn't won People's Champion. Yet.

What do you think of Dan Wetzel's candidacy for Bronco Nation's People's Champion? Have you read Death to the BCS? Did it change your life or are you a cold, unfeeling human being? Share your thoughts in the comments.