Share All sharing options for: People's Champion: The case for Chadd Cripe

As print media continues its march from beacon of journalism to coupon distribution channel, the job of the intrepid reporter keeps evolving. And few are evolving better than Boise State beat man Chadd Cripe. He is the flying squirrel to Gil LeBreton's blue-footed booby. Cripe's coverage of the Broncos is a godsend to Boise State fans who crave information and demand that their local beat reporters have no personal lives. For this, we thank you, Chadd Cripe. Now get back from vacation and tell us Doug Martin's bench press max.

More reasons to love Chadd Cripe, after the jump.

You are reading an essay on why Chadd Cripe is a saint and deserves consideration to be Bronco Nation's new People's Champion. More candidates to come. Voting to follow.

When making big decisions such as starting a family, changing jobs, or accepting Brad Elkin's friend request on Facebook, I like to create a pros and cons list. Here is one for Chadd Cripe.

Chadd Cripe is very good at his job

As much as I wish that covering the Broncos every single day of my life were my full-time job, I have to admit that I don't think I could do it much better than Cripe does. He is tireless in his reporting and thorough in his research and sourcing. He is Bleacher Report Opposite.

Once you start writing opinion columns in the newspaper, you tend to start losing your soul. Before you know it, you're calling out Bronco Nation for not attending men's basketball games. It's a slippery slope, so Cripe is to be commended and respected for keeping things objective. 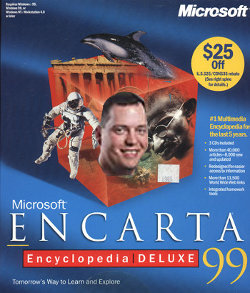 Chadd Cripe is the Encarta 99 of Boise State football

Did I mention that Cripe does a thorough job at knowing everything there is to know about Boise State football? When someone finally unplugs the Tom Scott robot who has been living as the real Tom Scott for the past three years, Cripe would be an apt replacement.

He is slowly but surely undoing years of ill will that Mike Prater and Brian Murphy have built up.

Chadd Cripe is learning to blog

Blogging ain't easy, as I like to remind my skeptical mentors and friends. Not too long ago, Cripe was terrible at blogging, posting very infrequently and very ineffectively. But he has since found his groove. He now posts regularly during football season and includes bonus information that you cannot find in the newspaper. Which is good because no one reads the newspaper.

Chadd Cripe has been to hell and back

Bravely, Cripe has taken to responding in the comments section of his posts. I do not recommend this. 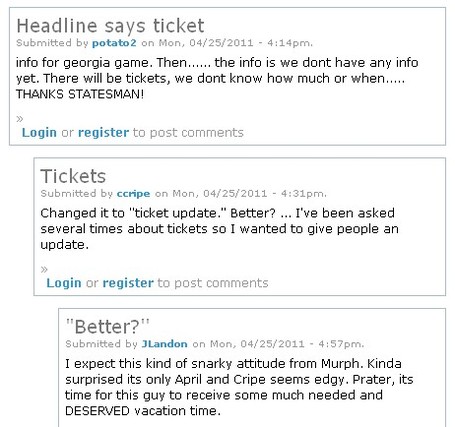 What is your take on Chadd Cripe? Do you enjoy his reporting? Do you hang on his every blog post? Anything he could do better? Share your thoughts in the comments.