Tourney Pick 'Em got you down? Well, there are 200 others who feel your pain. The mid-major armageddon in the 2011 tournament has left the OBNUG Pick 'Em field seriously slimmed down. Three brackets remain in contention. This is why I just like to remove myself from contention opening weekend by picking some really improbable upsets.

Whose brackets are still standing? Find out after the jump. And if you're in the mood for some in-game commenting tonight, feel free to do so here. The Final Four tips on CBS at 4:00 p.m. MT with VCU-Butler and Kentucky-UCONN to follow.

Congratulations to the following three brackets for still being alive in the OBNUG Tournament Pick 'Em challenge.

The winner will be one of these three fine fellows (ladies?), provided my math is correct. 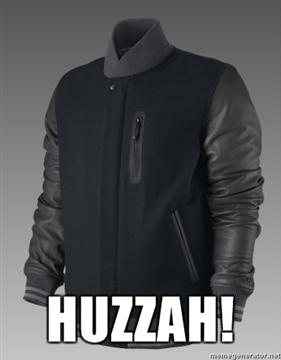 Good luck to you all, and I can honestly mean that now that I am guaranteed to finish no better than 137th.

Not one but two people had the terrible idea to fill out their brackets with only lower seeded teams advancing. I believe the same line of thinking - outside-the-box, irrational - is how we ended up with The Mtn.

Feel free to discuss tonight's games in the comments. I'll be cheering for whatever team is less likely to engender comparisons to Boise State and BCS busting.