Boise State spring practice is nearing its end, which is sad. Kellen Moore only has one season of eligibility left, which is sadder. And now Joe Southwick is taking snaps with the first-team offense? TOO SOON!

After the jump, get the details on Southwick learning on the job, Shea McClellin reenacting Smallville, and Geraldo Hiwat going to extreme measures to make friends with Tyler Shoemaker. As always, your thoughts on Bronco proceedings are welcome in the comments.

Chadd Cripe reports that Moore is doing his best Mr. Miyagi to Southwick's Daniel-San by mentoring the future starting QB in all the ways of the genius quarterback. Southwick is taking up to one-third the snaps with the first team, not because Kellen Moore is injured or ineffective but because Kellen Moore will not be omnipresent in the Bronco backfield.

Southwick Lesson No. 1: Going through more reads than just two.

"The biggest frustration for me I'd say is sometimes taking the next step in my thinking. Sometimes if (option) one and two are not open, instead of trying to force it into two knowing that now it's time to get it to three," Southwick said.

"Once it gets to that point, then I'm getting to what Kellen can do."

The Idaho Press-Tribune ran a Superman-themed feature on senior defensive end Shea McClellin ... or should I say Mr. Dean Cain? 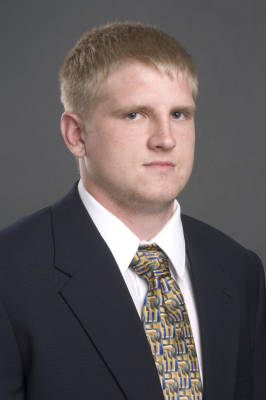 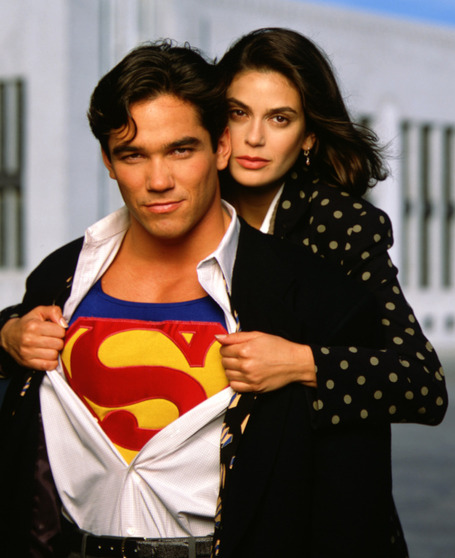 Apparently, Coach Pete and others have taken to calling McClellin "Clark Kent" since he is quiet and unassuming except for game days when he is out saving lives and turning back time (oh, spoiler alert for Superman: The Movie, by the way). Apart from McClelin being really athletic, really humble, and really good at football, the one new thing I learned from the story is that he was raised by his grandparents. So wouldn't that also make him Heidi?

We get it. Jake Broyles is having a pretty great spring.

Geraldo Hiwat and Tyler Shoemaker are busy this weekend

But thanks for asking.

"(Tyler) Shoemaker goes to a yoga class on the weekends and I go with him sometimes," Hiwat said. "It's a lot of fun."

Let's just hope it doesn't get to this point:

With the spring game just days away, former Bronco wordsmith Dustin Lapray would most certainly be high on life (edit: he is always high on life) and downright giddy about watching a Bronco scrimmage. Who will rise to the moment? What bandana to wear? Will the water table cooperate?

Here is a sample of what he may have filed from Boise State practice on Wednesday:

Lo! The smack of pads rang throughout the vacuous practice dome as Jake Broyles collided with Mike Atkinson in a crash of flesh and soul. The two men - friends, partners, champions, HUMANS - battled bravely over a patch of turf no larger than a summer squash. The play gained two yards. These warriors gained my respect and admiration. As the whistle blew, a sparrow (Oriturus superciliosus) descended from the rafters. God was pleased.

What do you think about Southwick taking snaps with the ones? Too much, too soon? Would you recognize Shea McClellin if you saw him on the street? Does God still speak through avian metaphor? Share your thoughts in the comments.