Murphy's law states: "anything that can go wrong, will go wrong". That about sums up my take for Wednesday afternoon as I was presented a golden opportunity to watch the first Spring scrimmage of the year. The only problem was that I was home sick trying to keep my cookies untossed. So, Kevan was luckily able to take in a little live action ball yesterday afternoon, while I stayed home eating Flintstones chewable vitamins. Since I was scheduled to do the Thursday Spring recap anyway, I decided to break down scrimmage #1 from the media perspective. Let's hope Paul J's eyesight doesn't fail him now!

I'll just focus on the positions that we deem to be "up for grabs" this Spring...and no, the QB spot isn't in question, but the backup role is becoming relevant/intriguing. Check out Kevan's in-depth recap HERE and feast your eyes on what could be if Max Corbet and/or Joe Nickell's hearts are softened.

Kellen Moore, as you'd expect, was awesome. The senior QB led a 15-play, 70 yard TD drive in his first work of the day—capped by a 21 yard TD pass to Geraldo Hiwat on third-and-long. Moore was reportedly 16 of 23 on the day...smack dab in the middle of what we call "the Kellen Moore Zone". Redshirt frosh Grant Hedrick, running with the third team, for those keeping track, added a late-scrimmage TD pass to fellow frosh Holden Huff and also another in red-zone work to Troy Ware. It was Southwick, who's starting Spring #2 on the depth chart, that could work on his YAW control...as the sophomore tossed two ill-timed interceptions. Southwick looked like the heir-apparent to Kellen Moore last offseason, but will need to step up his game as the reigning offensive scout team player of the year (Hedrick) looks like he'll be nipping at his heels deep into the Summer months. 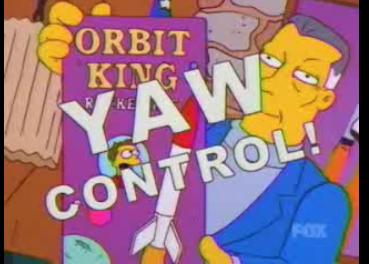 Geraldo Hiwat was picked by many (including myself) to be a breakout player for the Broncos this year, and thus far, he's making us all look smart. Hiwat presents a nice mix of height, speed, and jumping ability. He's just needed some time to adjust since he's only been playing the American game for a few years. Well, so far so good for Hiwat as he's been on the...er...receiving end of some big plays so far this Spring. In yesterday's scrimmage he came up with big 3rd down catches time and again (and often in heavy traffic), and looks like he might have started to take the next step—something hard to do in those wooden shoes those Dutchmen are known to wear. Troy Ware, the other receiver atop the potential-ometer for 2011 looked good on the day. He represents another big body, and he's got some good wheels and good moves.

Not much to go on here. The coaching staff is choosing to unleash Doug Martin this Fall instead of this Spring, so he wasn't  participating. DJ Harper, of course, is still rehabbing ACL tear #2 so he was scarce as well. From what we're able to dig up, it looks like Raphiel Lambert scored from 1 yard out on a Southwick-led drive and WR Anthony Clarke (he of the hazing debacle) took a fly sweep for a big gainer. Something tells me the emphasis this Spring is a little more on the passing game.

For those following the CB race closely, it looks like Marcel Yates' face Jerrell Gavins made some nice place to open the Spring scrimmage, including a tackle for loss and a near pick. At safety, I'm sorry to say that Jeremy Ioane made no noteworthy plays. Walk-on safety Hazen Moss had made one of the two INTs attributed to Joe Southwick.

As I reported a few days back, the Broncos are not hurting for kickers this year, with six specialists already on campus for Spring ball. Further good news would be that the kickers are all at least semi-competent. The Statesman reported that three separate kickers hit field goals from outside of 50 yards. Jake Van Ginkel was just like "Pshh, I can do 70"

The offense, unlike in Fall scrimmages, looked to have the distinct upper hand in scrimmage #1. This, as you might expect, did not make Chris Petersen very happy:

"I'm really learning to hate scrimmages as a head coach because I'm mad at somebody all the time. ... That was concerning for our offense to drive up and down the field on our defense like that. That is unlike defense we've played around here. Now, granted, we've got some guys out that are going to be key contributors but we definitely expect our guys to play harder than they played today."

Something tells me that an angry Chris Petersen is still only about a .5 on the Bobby Knight scale

Kinda sad recapping the Spring scrimmage when you're stuck culling the Statesman's and Press-Tribune's blurbs, eh?