Participate in democracy by choosing the new OBNUG t-shirt designs

Share All sharing options for: Participate in democracy by choosing the new OBNUG t-shirt designs

T-shirt weather is fast approaching and the 2011 football season will be here much sooner than you think, so we're gracefully retiring some t-shirts from the OBNUG store to make way for some new ones. Since the OBNUG t-shirt slogan generating machine is currently in the shop, we thought we'd go the braintrust (you guys/gals) to figure out what new shirts should be produced for the 2011 season. After the jump, you'll see the retirees and then it's your turn to get us in stitches with your submissions...and keep us there. 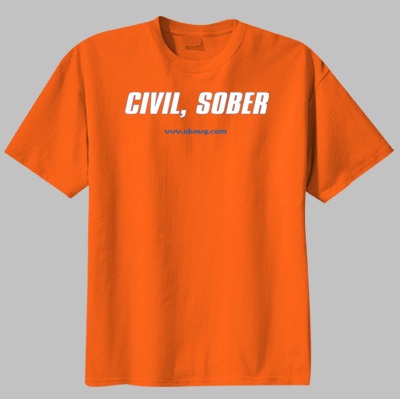 This one was a gameday shirt for those brave souls that made the long trek up north to have their cars keyed and their shoes spattered with beer bong spillover. The Broncos won't have the Vandals to kick around for a while, so let's let drunken dogs lie and send this shirt to the rafters. 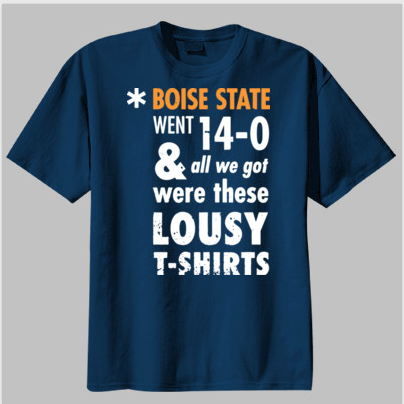 To be honest, this shirt was to capture the zeitgeist of 2009, where Boise State went undefeated only to come up short of the title game. I think we largely got the benefit of a doubt in 2010 and continued dominance will say it all to the BCS powers that be. Let's look backward no more, comrades! 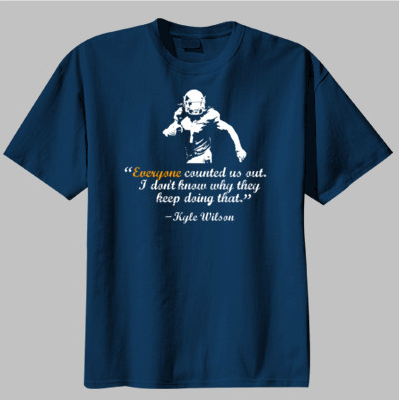 This was last year's winner, and frankly, I'm on the fence about whether to retire this one or not. It's one heck of a quote, but it's up to you all to decide if the chip on the shoulder mentality is going to continue to be the rallying cry in a new year and new conference. If you want this one to continue to be in the shop, let it be known in the comments.

There'll be no poll this time around...submit your slogans or designs in the comments and submissions with the most recs will be the finalists. The only rules...make 'em good and imbue them with that special "OBNUG quality" (I'm sure munson will elaborate on what that means).