Boise State basketball vs. Austin Peay: What you need to know (if anything)

Share All sharing options for: Boise State basketball vs. Austin Peay: What you need to know (if anything)

The Boise State basketball team opens its postseason tonight against Austin Peay University in the first round of the College Basketball Invitational. Cue "One Shining Moment" and Dick Enberg voiceover!

After the jump, find out what Austin Peay's made of, what this game means to the Broncos, and how degenerate gamblers will be spending their Tuesday night. Hint: Not watching Glee ... unless you can bet on Glee.

Austin Peay at a glance 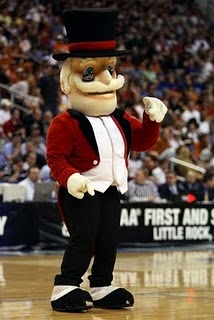 What does this game mean to the Boise State basketball team?

I'm sure that Boise State would love to win the CBI, especially since this entire season has been one of exceeded expectations and firsts. A win over Austin Peay would set the Broncos up to face the winner of Hofstra vs. Evansville in the quarterfinals next week, and that game seems winnable if only because I don't know anything about either Hofstra or Evansville. A CBI championship is certainly doable.

But perhaps more important than winning is the simple joy of watching La'Shard Anderson and this senior class play more basketball. The longer the Broncos stay alive, the more court time Anderson will get, and the more chance Bronco fans will get to watch one of the school's all-time best players play at his prime.

Next year's team will look a lot different than this year's (no more Anderson, Reggie Arnold, Daequon Montreal, Paul Noonan), so we need to enjoy it while it lasts. If that means playing Hofstra and a run to the CBI finals, then bring it on.

Odds exist for the teams in the CBI, in case gambling on the 68-team real tournament or the 32-team NIT isn't enough for you. If that is the case, then you have too much money and you need to be made aware of Boise State's stadium expansion plan, which is very interested in your money.

That said, Boise State is one of the tournament favorites, according to the odds. Yay, gambling.

If you listen real carefully, you can hear the Oregon fans crying, "But they don't play anyone!"

How do you think tonight's game will go? Are you going? Listening? Watching? Share your thoughts in the comments.