Boise State football's 2011 commitments officially commit today, and OBNUG has it covered. Want to know who is signing with the Broncos' 2011 recruiting class? Want to find out who's left on Boise State's radar? Want to get all passive-aggressive about the 18-year-olds who decommitted? You've come to the right place.

After the jump, follow along with a running account of the day's events, including a real, live liveblog that kicks off at 2:00 p.m. MT. If you have any news or notes to share, share them in the comments. Happy LOI Day. Go Broncos!

Update 10:00 a.m.: Ratings and ESPN evals have been added for each player

Join your OBNUG friends and family for a LOI Day liveblog this afternoon at 2:00 p.m. MT alongside the live radio coverage on KTIK and KBOI. We'll chat about recruits, commits, the new season of Friday Night Lights - basically anything you guys want. Sign up for a reminder below or plan on being back here at 2:00.

Check back at this spot regularly throughout the day for updates on news and notes as it relates to Boise State and signing day. Who's left on Boise State's radar? Which local kid did Idaho miss out on this time? Stuff like that.

Mentioned in this morning's Wake Up Bronco Nation, Bishop Kelly MLB Cody McCarthy will be going out of state for his football. Idaho's top-rated recruit was offered by EWU, Idaho, Idaho State, and Army, and his first love - Boise State - promised him a preferred walk-on spot.

18-year-olds who are dead to me

One of the running themes of this year's Bronco recruiting class was decommitments. These are the players now on my black list: K Matt Goudis, LB K.T. Tu'uamlo, WR Donnie Duncan, LB Dallas Whitaker, and S Jamie Byrd. 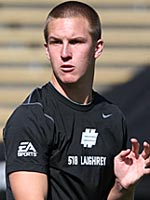 ESPN's take: Laughrea is a highly competitive and productive prospect with a gunslinging style and late-bloomers frame. He has adequate size on a lean frame and his best football is ahead of him. Is a crafty athlete as a pocket passer in the shotgun pistol attack. Has a live arm.

Notes: Laughrea was the second verbal commitment in the Broncos' 2011 recruiting class ... He has his own website ... Laughrea is a former high school teammate of grayshirt TE Holden Huff ... 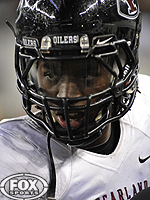 ESPN's take: Ukwuachu is a tall lean kid who really comes across as just skinny. He plays defensive end in high school and could possibly transition to outside linebacker in college. While he needs to add serious bulk we think he will stay at end or fill more of a hybrid role ...  He kind of looks like a speed edge rusher and can fit that bill. He flashes very good quickness off the ball, but needs to be more consistent ... 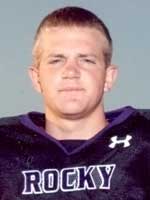 ESPN's take: Burroughs is a quick and shifty slot receiver that can play outside, but lacks great size and bulk and is a much better fit inside. He is somewhat undersized, but not a smurf. He is highly productive and contains both good play speed and very good quickness ... Burroughs has a lot of Wayne Cherbet type qualities-- he is tough, makes plays and has a nice feel for the game. He is reliable and would be a nice three-receiver set player. Burroughs also has upside to become a quality return specialist which is where he could see his first action at the next level.

Notes: Dallas is the younger brother of Mitch, currently a Boise State WR/PR and OBNUG lightning rod ... Dallas is the state champ in the 100 meters ... 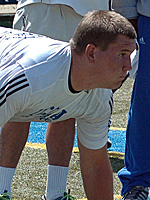 ESPN's take: Worthy is not the most naturally athletic kid, but has a blue collar fight to the get the job done type style. He has good size and while he will need to still add some bulk it should not be a problem for him to add some more good size to his frame. He has a solid get-off ... He has a good motor and will pursue to the ball on the perimeter and down field. Is a good and physical tackler. Displays good recognition skills. He is a tough player versus the run. Will show flashes as a pass rusher. He has a quick swim move that allows him to get some penetration at times. 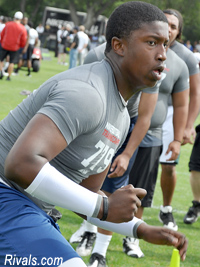 ESPN's take: It is tough to not like Ash as you watch him because the kid is physical and seems to play hard and with a lot of excitement. He plays on both sides of the ball and there is some merit for him being a prospect on offense and defense. ... Uses his hands well to engage and shed from blockers. Works to stay square and is a solid tackler. As a pass rusher he will work to get the shoulder and turn his hips and try and work off the block. It can be tough to say where Ash eventually ends up position wise and a lot will have to do with where he lands and how he physically develops, but the kid is tough and productive. 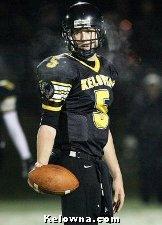 ESPN's take: Tall with good body length and range. He is athletic and shows more than adequate burst planting and driving on the pass in front of him. Has the long stride, length and deep range to get over routes ... Overall, Loffler lacks the polished and smooth skill-set to project high as a major level safety but when we look at his tall frame, range, athleticism and ball skills -- we see a lot of promise. 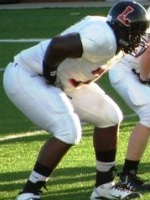 Notes: Odhiambo is a native of Kenya ... Began playing football as a high school sophomore ... 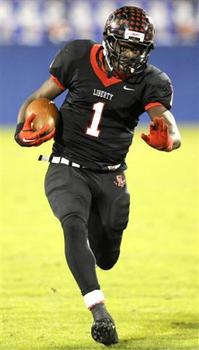 ESPN's take: Ajayi is a tough customer capable of gaining hard inside yardage or using his speed and quickness to get the ball into space for big gains. Has the size and athleticism for the running back position at the major level of competition. If receiving skills can be developed, this prospect%u2019s value will improve. Lines up as the deep back in a shotgun/spread set; is quick to the hole showing the ability to locate creases and get up to the second level in a hurry. We see a guy who runs with his eyes, showing a slashing over the pads running style made for a carry the load type of back. Demonstrates the ability to run downhill while sliding to the outside when nothing is available inside; displays a good head and shoulders fake with the foot quickness to stop and go when in traffic. Does a nice job as an outside runner; can plant and accelerate up-field. Although lacking a big 2nd gear this guy as the burst to split a defense and take it to the house. We especially like his tough finishing effort and nose for the end zone.

Notes: Ajayi was profiled in the Idaho Statesman today for his work in organizing and leading the 2011 recruiting class ...

ESPN's take: Renaud is a very tough, active run stopper. Has the size and athleticism for the inside linebacker position at the major level of competition. Overall his flexibility looks good although he may have some hip tightness which is noticeable in coverage; shows good agility and balance in space ... Displays good awareness and reactions in pass coverage; works hard to get depth in zone coverage with good route awareness; gets his eyes focused on the QB with good plant and break on the ball; may have problems if asked to cover quick inside receivers man up. 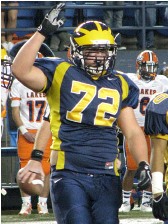 ESPN's take: Henry is a very productive run blocker with excellent athleticism. Although he presently plays tackle his size is better suited for the offensive guard position at the major level of competition. We feel increased bulk along with improved playing strength will be necessary to handle strong "2" technique defenders; also plays defensive tackle demonstrating good read and react skills; plays with his shoulders square and good pursuit habits. Shows excellent flexibility, balance and agility playing out of a three point stance; comes off the ball low and hard with a flat back, good initial fit and pad level ...

Notes: Henry received a late offer from Washington ... If his commitment holds, Scout's Jared Crews claims it is the first time Boise State has beat Washington for a recruit in the Huskies' back yard ... 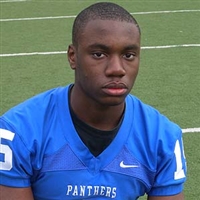 ESPN's take: Agbaroji is a good-sized cornerback prospect with quality zone coverage skills to develop at the next level. Tall, well-built corner who provides more-than-adequate physicality out on the perimeter. At his best driving on the ball in front of him. Soundly reads the quarterback, levels off and reads routes develop underneath. Shows good breaking quickness and adequate plant-and-drive skill defending the perimeter run and pass. Shows good timing and first-step burst jumping routes. Overall underneath range is good with his long stride, body length and above average overall speed ... 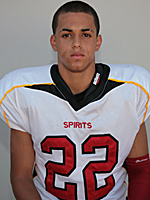 ESPN's take: Thompson is an impressive athlete with a good blend of size, range and ball skills currently falling under the radar. Has the attractive measurables to get recruited at both receiver and safety. Tall, long and lean but is wiry and has deceptive strength. We feel he will most likely get recruited on defense. Shows good deep coverage range and tracking skills getting over the top of routes and also the closing burst to separate the ball from receiver when defending underneath routes. Can make the big collision. Gets downhill quickly as well and is productive near the box. Solid and aggressive tackler. 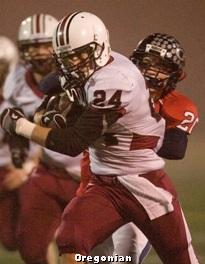 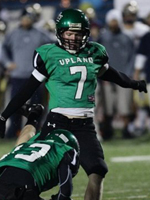 ESPN's take: Jake is a very talented kicker/punter. He has done some impressive things as a high school specialist. His refinement and ball striking skills are top level. Jake can kick and punt in college. His hang-times do need to improve on both kick offs and field goals at the next level to match his ball striking skills. He should be able to compete very early in college due to his refinement. 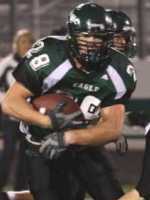 ESPN's take: Lukehart is a tough grind it out inside runner. This guy plays with the playing strength to carry the load between the tackles. Has the size and athleticism for the running back position at the next level of competition. As a defensive back we see good deep ball skills

Notes: Lukehart is a legend in Bronco Nation for his decommitting from the University of Idaho at the drop of a hat once Boise State offered him a scholarship ... Lukehart made Dave Tester feel old ... Boise State essentially chose Lukehart over Cody McCarthy, both of whom were vying for BSU's last LB scholarship ...

ESPN's take: Sheffield is an offensive line prospect who displays a physical nature. He has experience in high school at guard and will likely fit best at that position in college. He is a kid with good size for an offensive line prospect and looks to have a frame and build to develop and rework and he should be able to add some more good bulk with time in a college weight program. He displays good toughness and can deliver a good initial pop on contact. He flashes the ability to fire out low and roll his hips on contact and generate good power from his lower body and create push off the ball in the run game.

Notes: Simmons will participate in spring ball next month ... Simmons is a former teammate of Cam Newton ...

ESPN's take: No evaluation
Notes: Hightower was the lone surprise addition in Boise State's list of signees. It appears that a week ago, he was headed to Pennsylvania but has had a change of heart after Boise State lost Jamie Byrd from TCU.