"It's not about the money" has quickly become to college football what "It's not you, it's me" is to the breakup—nothing more than a platitude...a blow-softener. The fact is...it is about the money, and sorry, man...but it's you, not her. These are the realities of college football...the big conferences have it, the small conferences want it, but never the two shall meet, unless—that is—you're willing to play their game. Boise State has been playing the game for years ("sure ESPN, we'll play on Monday morning if you want")—it's just recently become obvious. But here's the part that you must remember: if you don't play the game, you're finished.

Boise State has done more with less than any team in the country, but we still can't keep up with the Joneses when the BCS has limited our access to lucrative bowl games and equal revenue shares. Boise State has done what they can with the hand they'd been dealt...and it's staggering what they've accomplished. But the tides have been shifting for a while now, and it seems selling out was the only option left.

Not that I'm bothered one iota by the Broncos "selling out". No school in their right minds would turn down a bid to an AQ conference to stand on principle. The BCS sucks...it will continue to suck. That won't change...so I doubt you'll see Dr. Kustra or Chris Petersen suddenly become huge proponents of the current system. It's broken and it needs fixing...but you simply can't sit around and wait for something better to come along when the "haves" are already light years ahead of the "have nots". Becoming a "have" trumps everything—geography, tradition...everything—even if only for a year or two. The fact is, Boise State has already been left in the dust. Our entire athletic budget could fit in Phil Knight's pocketbook...and fans aren't the only ones that notice. Below, I've included some pictures of Oregon's football facilities: 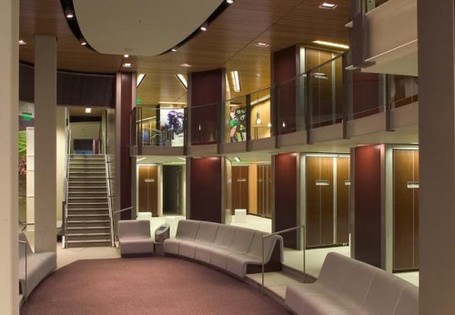 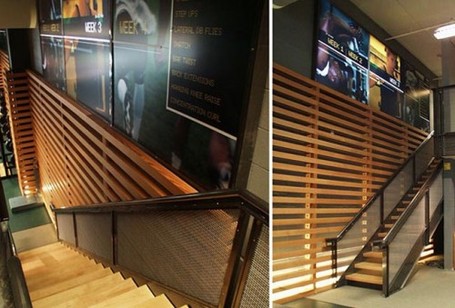 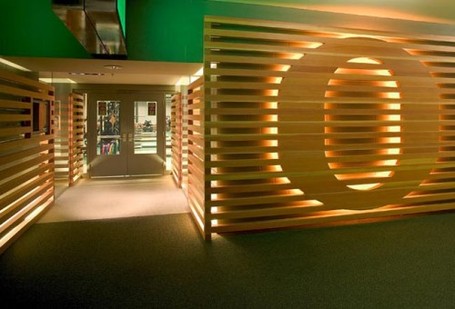 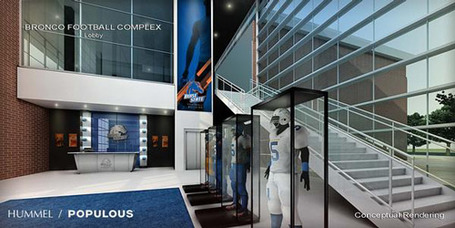 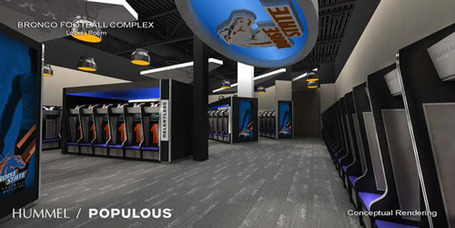 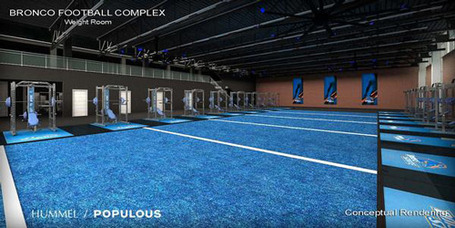 "Well those compare quite favorably" you might be saying...but there's one BIG difference: Oregon's facilities are real...ours are just renderings. Oregon's have been bought, built and paid for...ours are relying on some funds from already-tapped donors and regular Joe fans like you and me to build it—and the regular Joes just want to be able to afford tickets to the games. So...do you think we should wait until we can scrimp and save enough dough for this lovely football complex, or should we take a multi-million dollar boost from the Big East conference? Do you think recruits want to wait? The Big East is throwing us a life preserver, and in turn, we're throwing them one. Both parties have survival as their motivation, so can you blame either one?

I can think of a hundred things that we'd "like" to have as Bronco fans: a jumbotron that's actually jumbo, urinals in the men's rooms instead of a horse trough, heck...I wouldn't even mind a sound system that you can actually hear. Of course, this wish list is something that most every school that's spent less than 20 years playing Division 1 football has. Some are blessed with donors with deep pockets...some rely on a robust alumni base. Boise State can't rely on either. We've had to make our mark, and our dough, through hard work and careful branding. Even that will only get you so far. So if you want to make yourself feel better about the move to the Big East, well, it's also better exposure, access, and competition, but the bottom line is the move is driven by money—and to that I say "so what?"

Notre Dame doesn't stay independent for the purity of the game...they have a fat NBC contract that means more to them than conference affiliation. BYU, who turned down the Big East, isn't hanging back because of a high moral code either...they wanted more dough, plain and simple...as does everyone. We've seen very clearly this year how ESPN shut Boise State out of the national discussion...and that's the only thing we had going for us before—well, that and winning at an alarming rate. We can compete better with Pac-12, Big 12, or even SEC schools now, but the gap is still wide and the Big East move just ensures that it doesn't become wider. I guess I can live with that.