Boise State to the Big East: The good, the bad, and the slightly awkward

Share All sharing options for: Boise State to the Big East: The good, the bad, and the slightly awkward

The Boise State Broncos made their Big East move official yesterday, ending months of speculation and rumor-mongering during which they redefined the word "imminent." (Imminent now means soon-ish.) The Idaho Statesman has all the details of the Big East agreement, including the move of Boise State's non-football sports back to the WAC. Seatbacks, I guess?

With the details out there, now it's time to make sense of what went down yesterday. Join me after the jump for a look at the good, the bad, and the slightly awkward of this new Big East life we'll be leading.

Boise State can wear whatever it wants for home games. The blue-on-blue ban will be lifted and Rocky Long will be forced to find another excuse why Boise State is so good at home.

The Broncos will play regularly in Southern California and Texas. The proposed western division of the Big East would include the Broncos and San Diego State, SMU, and Houston - teams who play in Boise State's favorite recruiting lands (Louisville and Cincinnati would also be in the western division).

The Big East agreed to make an effort to schedule non-conference home-and-home basketball games with the Broncos. I can't imagine Rick Pitino is too thrilled about this, but I sure am. Hello, RPI of better than 150.

The Big East's new TV contract will be worth at a minimum $6 million per school and at a maximum $10 - $12 million. The Broncos' current TV contract nets the a gift certificate to the Bonefish.

Boise State made provisions for BCS membership, TV money, and more. One of the concerns about the move to the Big East is that there is a heaping pile of unkowns, beginning with whether or not the Big East will keep its AQ status. The Broncos planned ahead for this by giving themselves a Press In Case of Emergency button in the form of variable buyouts.

Boise State will not forfeit its BCS money if it makes a BCS bowl next season. So the pressure's back on Joe Southwick now.

Big East commissioner John Marinatto wants the future Big East championship game to be held in Yankee Stadium. Road trip! I hear there is a Pop-Tarts store in Times Square. 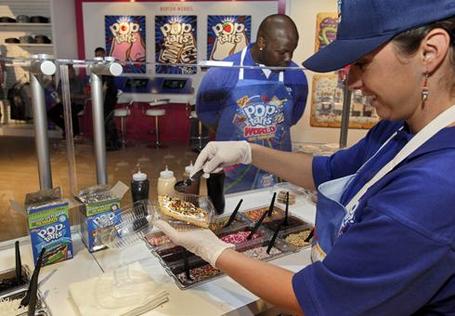 Boise State does not begin Big East conference play until 2013. The Broncos will have next year as a farewell tour of the Mountain West, and the Mountain West, in turn, will reward them with several really bad games (Colorado State, New Mexico, UNLV, Hawaii, and Fresno come to mind).

Boise State's non-football sports will be returning to the WAC. Yes, the same WAC that the Broncos left one year Here's hoping Karl Benson does not hold a grudge.

The Big East has no plans to change its name. Oxymorons are the new non-sequiturs. 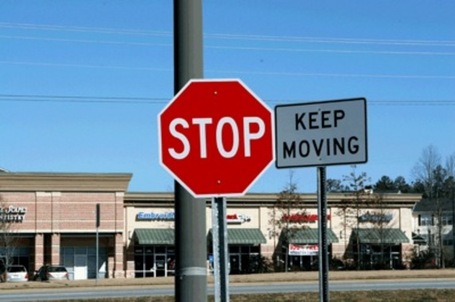 What do you think is good, bad, and otherwise with the new Big East deal? Are you happy with the outcome? Are there areas you want to improve? Got any ideas on how to mend a relationship with Karl Benson? Share your thoughts in the comments.