Boise State football to join Big East on Wednesday, according to reports

Share All sharing options for: Boise State football to join Big East on Wednesday, according to reports

Breaking imminent news: the Boise State Broncos will join the Big East along with San Diego State, Houston, SMU, and Central Florida. The Broncos and the Aztecs will join in football-only because, well, they are very West to the Big East's East. The official announcement is expected to come tomorrow. The breaking news came courtesy of CBS Sports's Brett McMurphy, so don't let Joe Schad tell you otherwise.

Boise State figures to start Big East play in 2013 but may want to look into getting into the conference a year earlier for scheduling and BCS pageant reasons. No word yet on the rest of the BSU sports.

With the Broncos set to finally make the Big East move official, how do you feel?

I appreciate that the Broncos are making every effort to move the program forward and to keep growing into one of the best football schools around. The Big East will help, no matter what shape it's in when the Broncos get there. Sure, I worry about the Big East retaining its AQ bid and scoring a big TV contract. But in a college football world where you have to keep moving to survive, I'd rather see Boise State take a leap than stand still.

Update: Here are the football-playing schools that would be in the new Big East arrangement.

Update: Here is what the Big East's footprint looks like with football and basketball schools. 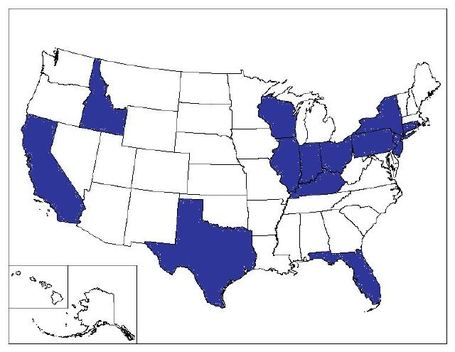