More than ever, this year's NFL Draft will have a Boise State feel as eight or more Bronco players could hear their name called by the commissioner or the commissioner's sidekick who calls name once the commissioner gets tired. Here are the top 10 prospects currently on the Bronco roster.

No. 10 - Geraldo Boldewijn - The Dutch star-in-the-making may not have made much of a star last season, but the draft website NFLDraftScout.com sure has a thing for him. Boldewijn is the highest-rated non-senior on the Bronco roster, which makes sense since the NFL loves them some raw talent and potential.

No. 9 - Dan Paul - The most manly man on the roster, Paul will have an extra year with the Broncos before he goes on to fulfill his destiny in the NFL as the next Mike Alstott. 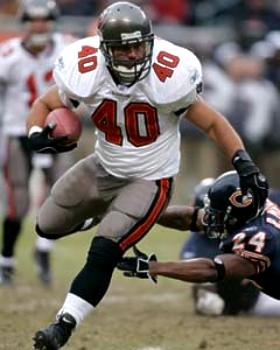 No. 7 - Kellen Moore - You, me, and Merril Hoge will have plenty of time to discuss Moore's NFL future for the next four months.

No. 6 - Tyrone Crawford - Not bad for only having two years with Boise State.

No. 5 - Shea McClellin - There is going to be some kind of party in Marsing when McClellin goes off the board, that is, assuming they get ESPN in Marsing.

No. 4 - George Iloka - The next in the long line of Boise State secondary players to make the pros, Iloka now comes with the added versatility of playing corner.

No. 3 - Doug Martin - If NFL scouts watched the Vegas Bowl, they know everything they need to know about Martin.

No. 2 - Nate Potter - Like Ryan Clady and Daryn Colledge before him, Potter should make some NFL team very happy.

No. 1 - Billy Winn - The race between Potter and Winn to see who gets drafted first will be a good one. Potter had a big lead back when he was first-round material, but now, depending on whom you trust, it could be Winn who goes on night one or two and is the first Bronco off the board.

Who do you think will have the best NFL career out of this list of Broncos? Will Potter or Winn be drafted first? Share your thoughts in the comments.