Here we are at last...the final game of the season. I don't know how it got here so fast or why I've been crying for the last week and a half, but I suspect the two are inter-related. Arizona State had a disappointing-to-mediocre season, but they'd love to finish with a Las Vegas triumph over the Broncos. I don't think that Kellen Moore and crew want to go out that way. The time for revelry and awkward photos with showgirls is over and the game is just hours away, so what say we do a bit of last-minute cramming and get to know our bowl game enemy. You won't see this again for like 9 months...what could it hurt?

10) Tempe was originally inhabited by the Hohokam tribe of natives until about the 15th century when the area became inhabited by dust, cacti, and heat (not the Miami heat, mind you). Since naming towns after some guy's ferry service was all the rage back in yesteryear, the site became known as "Hayden's Ferry" due to said guy with the ferry being named Charles Hayden. A few years later and a pioneer type named Darrell Duppa came along and suggested the name "Tempe" for the area after the "Vale of Tempe" in Greece—either because it bore a passing resemblance to the area or he just thought that naming the settlement "Duppa" was probably a bad idea. I concur.

9) Tempe Normal School, now known as Arizona State University, was founded in 1885 when House Bill 164 was passed by the Legislative Assembly of the Arizona Territory. The land for the school was donated by George and Martha Wilson, who I believe was the same couple that were terrorized by Dennis the Menace and his boyish antics. Maybe they donated the land to keep Dennis Mitchell off their azaleas.

8) The first president of the Tempe Normal School was Hiram Bradford Farmer, as good a candidate as could be found for the first ever beard-to-scalp hair transplant procedure. Farmer made $2,300 dollars his first year as BMOC, which I believe is the equivalent of "a crapload of money" in today's economy and according to one website, is still alive. That desert air really does wonders for the constitution. 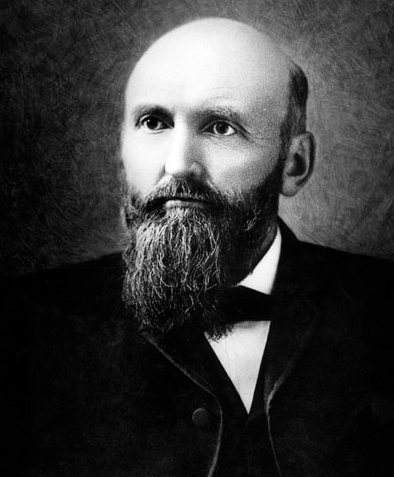 7) Arizona State, or whatever they were calling it at the time, fielded its first football team in 1896. The team was led by coach Frederick "Kiss me I'm" Irish who sputtered out of the gate with an 0-1 inaugural season, falling to the vaunted Phoenix Indian School in a gridiron classic that was remembered for literally days. Then, the squad had better things to do for a couple of seasons before picking things back up in 1899 and finishing with a sterling 4-0 record under the guidance of Irish—including two revenge wins against that pesky Phoenix Indian School. I guess you could say that they had no reservations about beating that particular school twice in one season. Good lord, that one doesn't even deserve a rimshot—maybe an apology?

6) The Arizona State athletic squads began using the "Sun Devil" mascot in 1946. Prior to that, teams were known as the Normals, the Owls, and then the Bulldogs. Disney cartoonist Bert Anthony designed the original Sun Devil "Sparky", a mustachioed demon wearing red jammies and brandishing a trident. Legend has it that Anthony created the impish devil with the face of Walt Disney as retribution for being fired. Personally, Sparky reminds me of the "Yes" guy from the Simpsons (an apparent tribute to Frank Nelson from the Jack Benny Show). Same skin tone and everything.

5) In 1932, ASU coach Ted Shipkey decided to conveniently forget what the term "exhibition game" meant and went ahead and put the drubstick to exhibition opponent "Casa Blanca indians", beating them 99-0 and giving the karma boomerang a mighty heave in the process. It didn't take long before the boomerang came back around and smacked Teddy in the back of the skull—they were defeated 26-0 the following week by Whittier. This episode got me thinking about some of the better exhibition beatings of all time...the best of which have to be: Harlem Globetrotters vs. St. Ignacius School for the Blind (1967), Chicago Bears vs. the 3 Stooges (1943), and Godzilla vs. Bambi (1969).

4) The winningest coach in Arizona State history is Frank Kush and it's really not even that close. In Kush's 22 years in Tempe, he notched 173 victories and just 57 losses while winning 9 conference championships. Prior to Kush's coaching career, he had been a defensive lineman for Michigan State despite being only 5'7" and 150 lbs. In fact, Kush was an All-American at his position and helped lead Michigan State to a national title in 1952—all the while being no bigger than a walk-on placekicker. Kush's tenure at Arizona State ended in 1979 when he was dismissed by the university following a lawsuit by a former Sun Devil punter who claimed that Kush had "harassed" punched him in the face, among other things, after a bad punt against Washington. Sadly for Kush, punching a punter didn't garner him the necessary points for automatic induction into the Woody Hayes International Punching Hall of Fame.

3) The average July temperature in Tempe is 104º F making it the spontaneous combustion capital of the world and also home to the annual spit evaporation championships. Don't miss it. 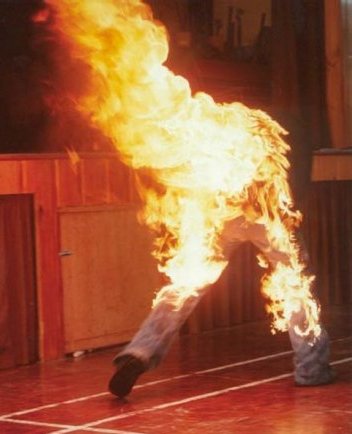 2) Arizona State's oldest and bitterest rival is the University of Arizona Wildcats whom they've played, virtually uninterrupted, since 1899. The annual clash is referred to as the "Duel in the Desert" and the teams play for the boringly named "Territorial Championship Cup". The cup is actually property of Arizona State as it was awarded to the school after their glorious 3-0 campaign in 1899 that saw them defeat the likes of a high school, an Indian school, and—of course—Arizona. UA leads the all-time series 47-37-1 and won this year's "duel" 31-27 meaning the cup will reside in Tucson for the year where it will attend frathouse keggers and serve as the 2012 Homecoming King.

1) Sportscaster Al Michaels is an ASU alum and once worked the sports beat for the school newspaper The State Press. Michaels gained notoriety for his years in the booth for Monday Night Football and also his famous call of the Miracle on Ice hockey game in the 1980 Olympics. If you still aren't sure who Michaels is just imagine a guy that looks like Bob Hope and sounds like Alan Alda. 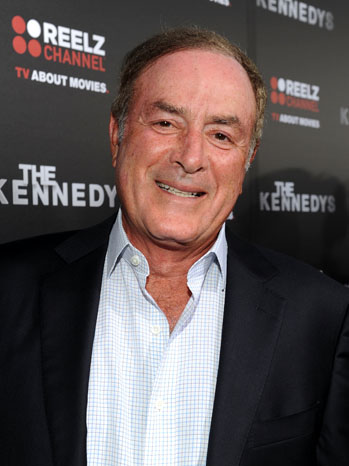