The Sun Devils and Broncos take to the field on Thursday for the MAACO Las Vegas Bowl in what Bronco Nation has determined to be a big-time bummer. As such, we probably haven't bothered finding out too much about Arizona State. That's where SB Nation's House of Sparky comes in. The guys at HoS have offered some inside info on the Sun Devils, including their thoughts on how things will all go down on Thursday. Hit the jump to find out. 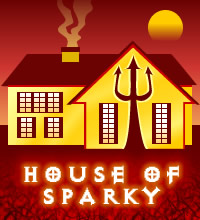 For more on the Sun Devils and their post-Dennis Erickson future, head on over to House of Sparky and revel in the ASU entertainment delivered on a daily basis by pro bloggers Cory and Brad. Our Q&A with them is posted here.

Brad: In a world...clouded by perpetual mediocrity, where building up then destroying the hopes of those around them was an annual right of passage, the Arizona State Sun Devils suffered, always yearning for the greatness they felt in their hearts. Just when it looked like they would spend the rest of their days banished into the realm of the cursed "also rans", they caught their big break--they found the legendary uniforms of Nike. Donning their new gear, they stormed the battlefield. They quickly slayed the Aggies of UC Davis and impaled the Tigers of Missouri. After suffering under the cruel reign of USC for 11 years, the Devils finally broke free and brought about the fall of Troy.

Sparky had finally done it. Success was finally here, and the kingdom of ASU rejoiced with the news of victory after victory. It was only a matter of time before the South division would be theirs. For the first time in recent memory, the Sun Devils felt something positive--pride.

But as they say, pride comes before the fall. And did it ever. 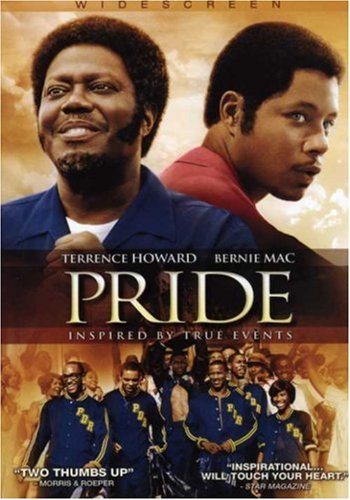 The once ferocious defense, fat and happy over their recent triumphs, was gashed, gouged and kicked around relentlessly for an entire month. Nothing they did could stem the tide of these horrifying defeats. They were knocked down to their knees, still clinging to some vestige of hope when their mortal enemies from Tucson stood before them. With a cackle from their backup quarterback, the WIldcats drove a dagger in Sparky's heart. Laying on the field, utterly defeated once again, the visions of glory faded into oblivion as ASU was condemned to writhe in obscurity in the Las Vegas Bowl.

Brad: That's tough, as Boise State is such a complete team that there are very few holes to fill, especially if the filler is coming from the Sun Devil roster. But the choice would have to be senior wide receiver Gerell Robinson. He shook off a slow start to post five 100-yard games over the last seven weeks, and his 1,156 yards is the fourth most in school history. At 6'4" with great speed, he would be lethal in Boise State's offense.

If ASU could pick one from Boise State, I'd hope they go with defensive back George Iloka. He made the All-WAC first team last season and followed that up with a first team All-MWC selection this year. He's an experienced playmaker in the secondary, something ASU sorely lacks, as their performance in November indicates.

Cory: Our Rose Bowl is the strength of our "back" positions on offense. Between the quarterback, running backs and scatbacks, we're stocked back there. Brock Osweiler is tall if you didn't know, and he has a good arm. Cameron Marshall might break the ASU record for multi-touchdown games (he tied it with six, needs one more to hold it by himself) while Jamal Miles is one of the most elusive guys to catch out of the backfield on a swing pass.

I'd rather call the achilles our Kraft Fight Hunger Bowl, because we're definitely lacking in the hunger department. Bo Moos has said multiple times that our team just "isn't hungry" and we lack the tenacious instinct to kill. Maybe the team has fixed that in time for the Boise game? Doubtful, though.

Cory: Key 1 -- run the ball effectively, eating time and keeping Boise's offense off the field. This will wear down the Broncos defense and give us a chance to use our speed and athleticism at the end for a Tim Tebow-esque victory.

Key 2 -- blitz Kellen Moore. We've been stuck playing vanilla defense and dropping into zones, and I think that is a tragic idea that will end poorly for ASU against such a distinguished QB.

Key 3 -- Limit penalties and mistakes. We're a stupid team that gets into trouble all the time. Stop doing that and we might pull this one out.

Certain defeat -- Continue playing like you have since the UCLA game and go for five losses in a row. Stupid penalties, turnovers, lack of effort... name your poison.

Cory: I think we're going with the Burger King level of confidence -- you want to like their new fries, but are the potatoes from Idaho? If they are... we might be for real. But if it's so covered with salt that you can't even taste the starchy deliciousness? NO WAY JOSE. ASU has a shot to win, sure, but they are more likely to lose by 25.

As per tradition, we have asked House of Sparky if they are interested in a friendly blog bet between our two sites with winning team's blog getting a free post on losing team's blog. I am eagerly awaiting an answer and preemptively beginning a screenplay based loosely on Dennis Erickson being Shrek.

What did you think of the inside info from House of Sparky? Do Arizona State's skill players concern you? Do you feel more confident or less confident after hearing from an ASU fan? Share your thoughts in the comments.