The MAACO Bowl Las Vegas (6:00 p.m. MT, Thursday) will be the last time Boise State's lauded senior class takes the field together, which probably doesn't bode well for the Arizona State Sun Devils in the intangibles department. The Broncos' depth chart remains mostly the same from their late season winning streak - senior-laden, star-heavy, and kicker weary. Join me after the jump for a breakdown of the Broncos' roster and share your thoughts in the comments.

Disclaimer: Depth charts mean as much as you want them to mean. Keep in mind that things change over the course of a game week and that game situations, injuries, and performance will render some of this depth chart moot. Still, it's fun to speculate ... with hyperbole! This is the greatest depth chart to ever exist!

Not really, but in lieu of my regular run down the nooks and crannies of Boise State's roster spots, I'm going to spin around from position to position with some quick thoughts on this and that and everything in between. Consider it the mad, mad version of the typical depth chart, with or without the monkey driving the gag car. 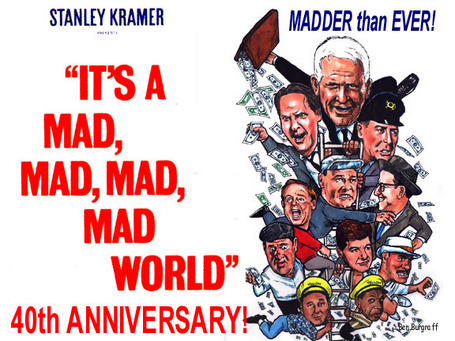 Shall we begin? We shall.

Boise State linebacker-fullback Tommy Smith broke his leg in Boise State's last regular season game, an injury that, had it happened to you or me, would have been very noticeable due to our tween grl screaming and fainting spells. Smith's was rather innocuous and wasn't anything anyone really realized until the depth chart came out. The fallout is that there is now much less depth at linebacker, where true freshman Blake Renaud steps into the backup role behind Byron Hout. Smith also doubled as backup fullback, so tight end Gabe Linehan will fill that role (although I thinkw e're all secretly pulling for Mike Atkinson and the goalline package of largesse).

Jamar Taylor is still iffy with a leg injury. This is like the mono of leg injuries. It is taking forever to go away.

Speaking of Jamar Taylor, I had a nervous feeling before the season that Taylor, if he had a phenomenal season, would consider pulling a Scandrick and going pro early. I can't see that happening now that he's been so banged up this season. It's somewhat of a consolation to know that Taylor and Jerrell Gavins will both be back next year, although I would trade their coming back for their being healthy for that TCU game in a heartbeat.

George Iloka and Lee Hightower may just be the best safeties-playing-corners in America. Also, I should probably not make pronouncements based on games against New Mexico.

Will Thursday be the day that Iloka gets his first interception of the year? I hope so, otherwise you, me, and everyone we know will have to stage some sort of fakey after-bowl game that we convince Iloka is real and in which I throw him an easy pick. Of this, I am very capable.

After seeing this senior class miss out on so much college football legend the past two seasons (two straight Vegas Bowls? Yuck), winning 50 games needs to happen. They have earned the right to be honored with that distinction.

The Broncos plan on trotting out Michael Frisina as the main kicker, provided he can shake the demons of 20-yard shanked kicks. It's between Frisina and Dan Goodale, so Boise State may not even bother trying to kick field goals on Thursday. Not the worst idea, coming from someone who has seen every minute of Boise State football.

The loss of Tommie Smith may affect the Broncos on special teams where Smith was a big-time contributor. Someone will step up. Someone always does. My money is on Corey Bell who probably dreams about special teams iwreckage n his sleep.

Boise State has been sack averse this season. No time like the last game of the entire defensive line's career to change that.

What do you think about Boise State's lineup for the Vegas Bowl? Will the secondary hold up? How big is the Tommie Smith injury? Share your thoughts in the comments.