Your Boise State - Arizona State preview and keys to the game

Share All sharing options for: Your Boise State - Arizona State preview and keys to the game

The MAACO Las Vegas Bowl is on Thursday (6:00 p.m. MT, ESPN) and with it, the last time to see our Bronco senior class on the field and our only chance to see that class really embarrass Dennis Erickson. It should be hilarious.

Join me after the jump for a look at the matchup between the Sun Devils and the Broncos, and feel free to share your thoughts in the comments. Go Broncos!

Arizona State vs. No. 8 Boise State

In short, the Boise State Broncos have Kellen Moore and the Arizona State Sun Devils have nothing that remotely comes close to containing Kellen Moore (a good place to start:

The Sun Devils' biggest star on defense, future NFL-er LB Vontaze Burfict, has been relegated to the second team during bowl prep for being, how do you say, a petulant child? His two personal fouls in the season finale against Cal got him benched. Sun Devil experts (the jackalopes of college football fans) believe that Burfict is not nearly as integral to the success of the defense as casual fans might think. The defensive line, with stars Jamaar Jarrett and Will Sutton, could be the best Boise State has faced all season. The other seven defenders? Yee-uh.

To stop Boise State, you need a defense that thrives on turnovers (ASU has 13 picks) and backfield penetration. Should the Sun Devils win the battle at the line of scrimmage, they could win the game. If they get their board shorts handed to them in the trenches, then it's going to be a long night. Kellen Moore will eat them for pre-Christmas dinner, and Doug Martin will feast on a defense terrified of the pass.

ASU's BCS-conference-level speed and athleticism will likely show itself at some point on Thursday, but the offensive power of Moore's precision passing and Martin's tireless running will be the difference. Go with what got you here, and the Bronco O should be fine.

The Sun Devil offense has scored at least 27 points in all but one game this season, and even in my homerest of homer hearts, I don't expect Boise State to end that trend. Do I think it can happen? Absolutely. The Boise State defense is stacked with talented players, especially along its healthy D-line, and you never want to give any Boise State coach multiple weeks to prepare for anything.

That said, Arizona State has star power, the likes of which is bright enough to match almost any other Pac-12 school. Take Brock Osweiler. Please! He is tall and strong-armed, if you have yet to see the photo, does not have the most grammatical underarm tattoos. 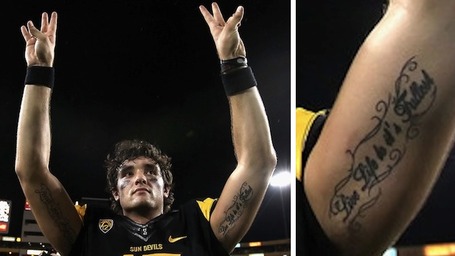 Also, every time I think of him (or any Arizona State student, for that matter), I think of this guy. I probably need to get out more. 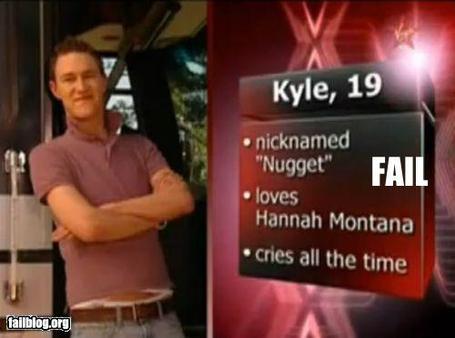 Osweiler leads a high-powered spread attack with a 1,000-yard rusher and a group of four receivers with 2,500 yards combined. The Sun Devils are likely to get their fare share of yards, unless the Boise State defense can tap into that third down magic on a semi-regular basis. The Bronco secondary is still banged up and green and full of safeties playing corner, and that does not bode well against a pass-happy offense like ASU's. It will be up to the front four of the Bronco defense to set the tone and make the plays.

Allowing 27 points won't be a game ender for the Broncos, since I can't see the Sun Devils holding Boise State to less. But the better the Bronco defense plays, the sooner we can all finish wrapping presents and flipping channels. Just don't plan on turning in too early.

Advantage: Arizona State offense (but it pains me to say so)

Both teams have great returners - Arizona State with Jamal Miles and his three return touchdowns this year and Boise State with Mitch Burroughs - Chris Potter - Joe Football Schmoe and their Top Twenty return averages. On the other hand, both teams have solid kick coverage. So we'll call it a draw.

Also a draw: Kicking. Arizona State's Alex Garouette is 14-of-21 for the year with a handful of misses inside 40 yards. Boise State has Dan Goodale and Michael Frisina, the latter of whom beat out the former and then missed a 23-yard chipshot last game. I don't want to talk about kicking any more.

What do you think are the keys to the game? How do you think the Sun Devil offense and defense match up against Boise State? Do people actually want to win for Dennis Erickson? Share your thoughts in the comments.