We members of Bronco Nation are a lucky lot. We have an unassailable head coach, one of the best quarterbacks in the nation, and a bright future ahead. But during this season of giving...some of our friends and neighbors are decidedly down on their luck...and that's no way to spend the holidays. That's why, here at OBNUG, we're going to do our level best to give back and here's how we're going to do it:

Starting Wednesday, and through the weekend, we'll be putting Bronco items up for public auction and 100% of the proceeds will go to a deserving family that needs our help. Just click the accompanying link and it will send an email to our tips address with the subject line/item already filled in—you just have to say how much you'll be willing to pay for the item and we'll update this post accordingly to show where the current bid stands. This will be a "silent auction" in that we'll only say what the bid to beat is, rather than tell who the high-bidder was. At the end of the auction, the high-bidder gets the item and a family will have a brighter holiday season...so let's show that legendary Bronco generosity. 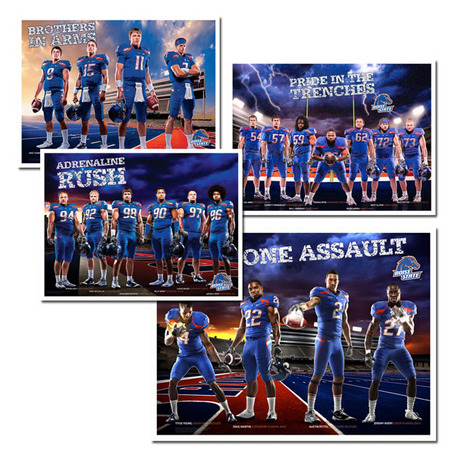 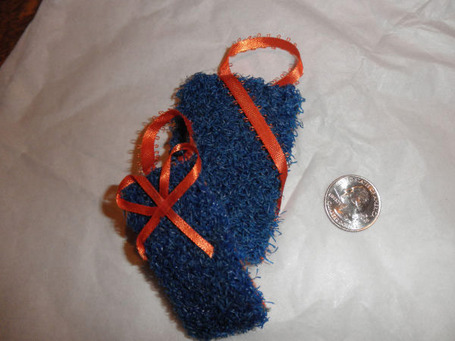 Item Description: No sigs on these ones so I'm packaging the deal. Plus, throwing in some cool Blue turf Christmas ornaments donated by boiseblues. The posters are by Tri-Digital, the studio responsible for the stadium banners and includes: Endzone Assault (receivers and RBs), Brothers in Arms (Kellen and company), Pride in the Trenches (O-line), and Adrenaline Rush (D-line). These are from the 2010 season and include the likes of Kellen Moore, Doug Martin, Titus Young, Austin Pettis, Ryan Winterswyk, Billy Winn, Shea McClellin, and Byron Hout. Very nice and professsional posters that measure approximately 16" x 20". Also included will be some cool Blue turf Christmas ornaments made of genuine Dinwiddie-era blue turf. Auction will end on Christmas Day at noon. Auction ended. Sold for $75. 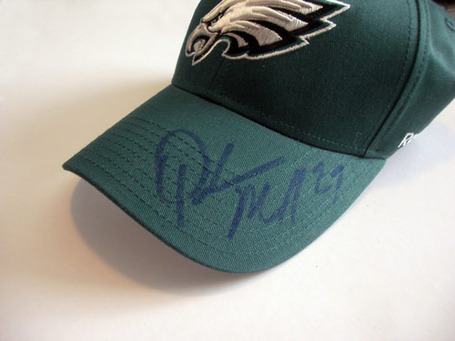 Item Description: This hat was signed by Bronco great Quintin Mikell at the 2010 Pro Bowl in Miami. Mikell is one of the best safeties in school history and even though he's now with the St. Louis Rams, this is from his Pro Bowl season with the Eagles. The hat has never been worn and is in perfect condition. If you are a Quintin Mikell fan, a Bronco fan, or just a fan of charity...this is the item for you. Auction ended. Sold for $70.

Commemorative issue of The Blue magazine, signed by 2009-2010 squad 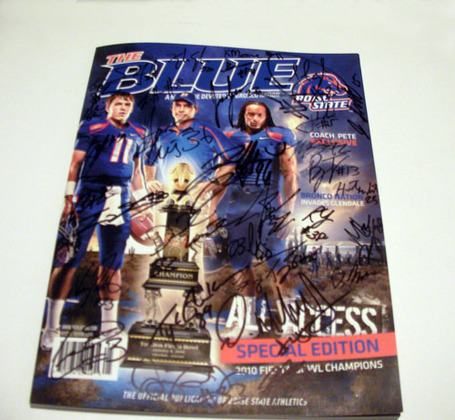 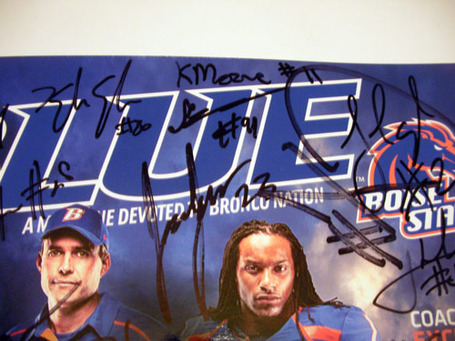 Item Description: This commemorative issue of The Blue magazine was released after the Broncos' perfect season that culminated in their exciting victory over TCU in the Fiesta Bowl. The magazine is filled with awesome photography and articles about the epic season, but the really cool thing about this item is that it's signed by nearly the entire squad. Fiesta Bowl MVPs Brandyn Thompson and Kyle Efaw signed it, as did nearly the entire roster. Kellen Moore, Shea McClellin, Jeron Johnson, Tyler Shoemaker...they're all there. Some players even signed the inside where their photo appears. This is a sweet item for a Bronco fan or collector. Auction ended. Sold for $220. 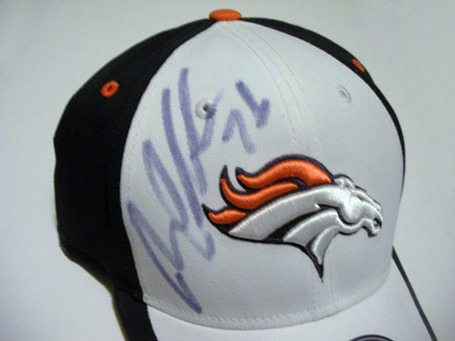 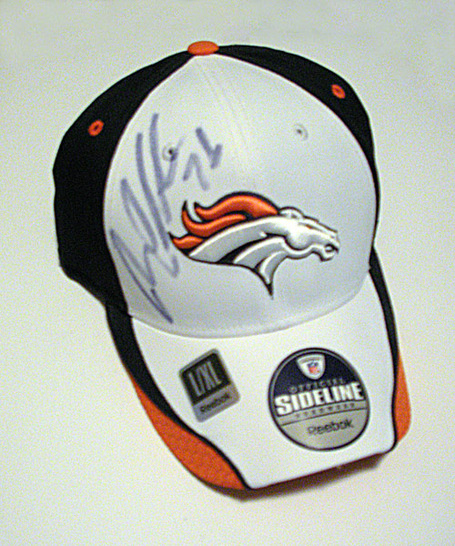 Item Description: This hat was signed by Bronco great Ryan Clady at the 2010 Pro Bowl in Miami, where Clady was the starter for the AFC squad. Clady is the highest-ever draft pick from Boise State and may end up being an all-time great from the resurgent Denver team. The hat is in perfect condition—never been worn—and has all tags and stickers still on it. Auction will end Thursday, December 22 at noon. Auction ended. Winning bid: $100! 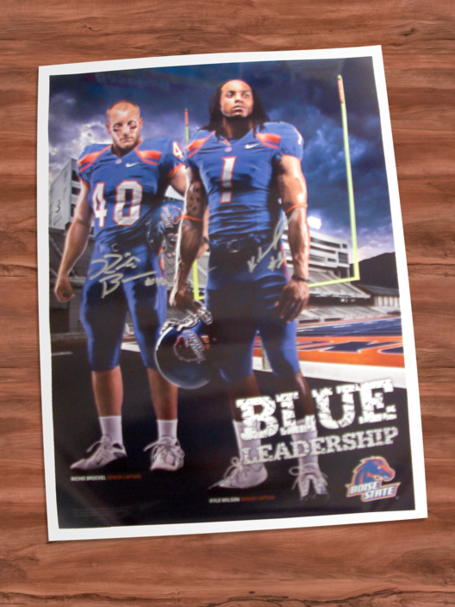 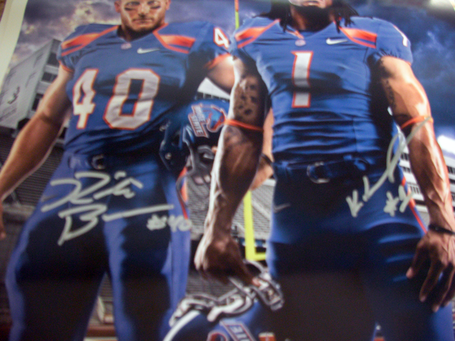 Item Description: This 16" x 20" poster was produced by Tri-Digital—the same studio that produces the Bronco Stadium banners. It features NFL players and Bronco legends Kyle Wilson and Richie Brockel and is signed by both players. This one is a must-have for any Bronco fan or collector. Auction ended. Winning bid: $175!