Your Boise State - New Mexico preview and keys to the game

Share All sharing options for: Your Boise State - New Mexico preview and keys to the game

The Broncos and Lobos wrap up the regular season on Saturday (4:00 p.m. MT, The Mtn) in a game that lacks competitive drama but will be rich in good-byes. The Bronco seniors play their last home game, which is more than enough reason to watch. The Lobos are a great going away present.

After the jump, join me for a very brief breakdown of the New Mexico football abyss, and then find out what is worth watching in Saturday's game. Feel free to share your thoughts in the comments.

New Mexico vs. No. 7 Boise State

I am not going to insult anyone's intelligence by pretending there are "keys" to this game. If anything, the key to this game is that Boise State and New Mexico are on opposite ends of the college football spectrum, a spectrum that ranges from Elite to Worse Than Idaho. Seriously, New Mexico is worse than Idaho, and I'm not even sure it is that close.

Here is New Mexico by the numbers. For a Cliff's Notes version, picture a train wreck and then proceed to the next section.

I understand that anything can happen on any given Saturday and never take any opponent lightly and blah blah blah. But even I, the world's most nervous Bronco fan, have already put this game in the win column. It may not be a 48.5-point win, but it will be obvious who the better team is. It's not the one Bob Davie chose, that's for sure.

In lieu of comparing Boise State and New Mexico head-to-head, how about I point out other pregame storylines that will hopefully fend off your nap until at least late in the fourth quarter.

Saturday is the last time that Kellen Moore, Doug Martin, Shea McClellin, and 17 others will ever set foot on the blue turf. What a day of celebration it will be ... followed by a week or two of having a sad. 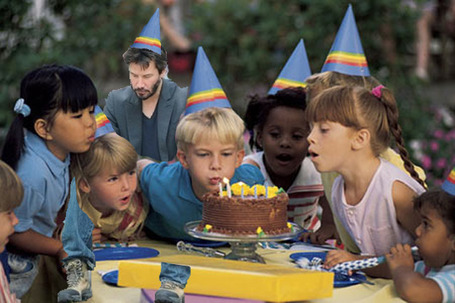 What better way to send off a senior lineman than to have that senior lineman run a lineman-eligible pass pattern and catch a touchdown? Current odds are Nate Potter 3:1, Thomas Byrd 5:1, Chase Baker 10:1, and Jarrell Root even money.

Tyler Shoemaker needs one more touchdown catch to pass Austin Pettis for the Boise State single season record and 147 more receiving yards to get to 1,000 for the season, which would put into the Top Ten of Bronco seasons. If not against New Mexico this week, I'm sure one or both of these things will happen against a terrible Pac-12 team in the Vegas Bowl.

With 133 yards, Kellen Moore will pass Colt Brennan into fifth on the NCAA's all-time passing yardage list. And Bronco fans hate Colt Brennan. This is perfect.

Can you see this game going any other way than ugly for New Mexico? Can Boise State cover the 48 points? What kind of senior day shenanigans do you think we'll be in store for? Share your thoughts in the comments.