Your Boise State - Wyoming preview and keys to the game

Share All sharing options for: Your Boise State - Wyoming preview and keys to the game

The Wyoming Cowboys have surprised everyone this year by not being a Mountain West punchline, except for when people are telling a joke about uniform colors. The Cowboys, behind the coaching of Dave Christensen and the quarterbacking of Brett Smith, enter Bronco Stadium on Saturday (noon MT, The Mtn) with a chance to capture second place in the conference ... or get their rear ends handed to them. The actual result of Saturday's game probably lies somewhere in the middle, although rear-handing would be in keeping with the season. Join me after the jump for a breakdown of the Wyoming - Boise State game.

Wyoming vs. No. 7 Boise State

OK, so those highlights were against New Mexico, and New Mexico is the worst. But still, did you see the wheels on that kid? He's like a well-proportioned Colin Kaepernick who can pass.

And like Kaepernick and Nevada, as Smith goes, so goes the Wyoming offense. If the Cowboys can get 300 yards of total offense out of Smith on Saturday, they'll have a great chance to hang with the Broncos all afternoon. But if Smith struggles, there are few other playmakers on offense to bail him out. Take away Smith's rushing yardage (over 500 yards), and the Cowboys go from No. 32 in the country in rushing down to the eighties. It will take more than that to beat the Broncos. Like sharks, maybe. 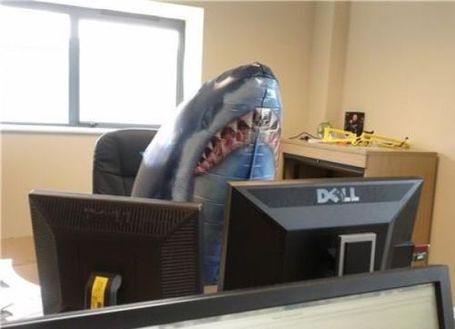 On the other side of the ball, the Cowboys give up yards in bunches and yet avoid complete disaster only because of their propensity for turnovers. Wyoming has recovered 17 fumbles, which is an insane number. Boise State, which is seventh in the country in turnover margin compared to Wyoming's No. 2 rank, has recovered nine and very few at convenient times. Whoever wins the turnover battle on Saturday figures to have an edge, but also note where the turnovers occur. A drive-killing red zone fumble is infinity degrees worse than a long INT on third down.

What do you see as keys to the game for the Broncos and Aztecs? Think Boise State will struggle defending the pass again? Got any miscellaneous keys to the game that don't involve kickers? Share your thoughts in the comments.