Your Boise State - UNLV preview and keys to the game

Share All sharing options for: Your Boise State - UNLV preview and keys to the game

No one is giving UNLV much of a chance on Saturday night (8:30 p.m. MT, CBS Sports Network), which is kind of nice because a lot of us wanted to watch that LSU - Alabama game anyway. The Rebels are 40-point underdogs and overmatched at every position. Is there any way they can pull an upset or, at the very least, keep it within three scores?

Join me after the jump for a look at the UNLV - Boise State matchup and some keys to the game, and then feel free to add your thoughts in the comments.

Part of the newness of the Mountain West was that the Broncos would be playing teams and traveling to places that were completely foreign to them. Not so much this week against UNLV. The Broncos played in Sam Boyd Stadium last year in the Las Vegas Bowl, and UNLV is basically a less feisty version of Utah State. Plus, Bronco fans will be traveling en masse to Sin City because it is convenient and a lot more fun than Fort Collins. Vegas Vacation, everybody! 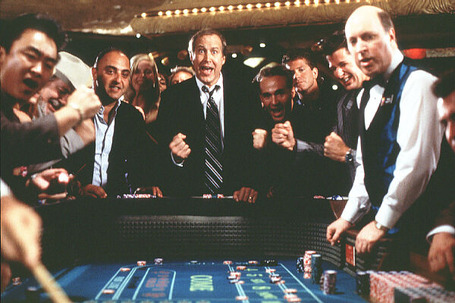 In actual football matters, big plays in the passing game will be a key for both teams on Saturday. In recent weeks, Boise State has been solid in creating big passing plays (yay, Tyler Shoemaker!) and giving up big passing plays (boo, miscommunication!). The Runnin' Rebs may not set the world on fire with their passing prowess, but even QB Caleb Herring can hit open receivers at least 50 percent of the time. UNLV's top offensive threat, senior wideout Phillip Payne, holds the career TD record at UNLV. All he does is catch touchdowns! No seriously, that may be all he does. Not counting a 175-yard game against Southern Utah, Payne has 16 catches for 210 yards on the season.

Speaking of the passing game, UNLV's defense would rather we not. The Rebs are the country's fourth worst team in pass efficiency defense and the third worst in scoring defense. The UNLV front is aggressive and problematic, but it hasn't faced a team like Boise State yet. The UNLV defense versus the Boise State offense has blowout written all over it, in giant magic marker, and all CAPS. The only way around it is if Boise State moves the ball and doesn't score touchdowns. Not likely. UNLV is 81st in the country in allowing red zone touchdowns.

It's not all bad news for the Rebels, though. At least, it's not all bad news until Saturday. UNLV is coming off a big (for them) win over Colorado State where they ran for a four-year high of 244 yards. The running game has been working. True freshman Dionza Bradford has 100-yard games in back-to-back weeks. And that's all going to end on Saturday, most likely. UNLV has feasted on the 116th- and 109th-ranked run defense the last two weeks. Boise State ranks 60 spots higher. Like pretty much every other facet of the game on Saturday, this one favors the Broncos.

Visual evidence of UNLV beating someone 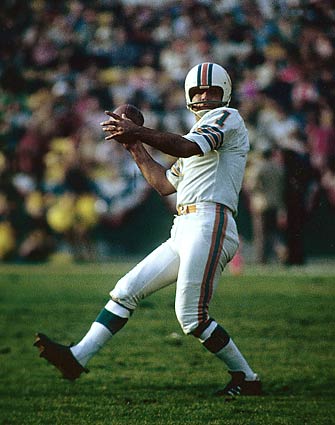 Does UNLV have any chance against Boise State? What do you expect to happen on Saturday? More concerned about finding a good casino buffet while you're in Vegas? Share your thoughts in the comments.