Share All sharing options for: Boise State depth chart versus San Diego State: Get to know your Bronco corners

The depth chart for tomorrow night's game leaves a little bit to be desired in the Bronco secondary where injuries have taken their toll. Join me after the jump for a meet-and-greet with Boise State's new starters as well as a spin around the rest of the depth chart.

Boise State's top three corners - Jamar Taylor, Jerrell Gavins, and Ebo Makinde - are doubtful with a leg injury,  out with a torn ACL, and out with a hamstring pull / public shame (giving up two double-move touchdowns will do that to you), respectively.

So where does that leave the Broncos? Not holding open campus tryouts for Mark Wahlberg Invincible types. Yet.

The two guys who will be starting at corner on Saturday are redshirt freshman Quaylon Ewing-Burton and true freshman Lee Hightower. Hopefully you won't hear their names called too much except on big hits, interception returns, and moments where color commentator Aaron Taylor has his roster upside down.

To get to know these two newbies better, here are some fun facts about each.

Quaylon Ewing-Burton wears No. 26 ... When he arrived at Boise State, he was just Quaylon Ewing ... He has started four games so far this year and been pulled from at least two for poor play ... He was the man in coverage on the final eight TCU points ... He played the third corner/safety spot in the season opener against Georgia and played it very well ... His nickname at OBNUG is Q-Burt. 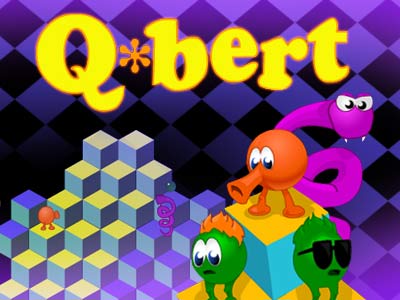 Lee Hightower wears No. 29 ... The Idaho Statesman ran an interesting feature on Hightower this week, explaining among other things that Hightower chose Boise State over Yale and Penn against his mother's best wishes and vowed to get his master's degree from an Ivy League school to make up for it ... Hightower was one of the last recruits in the 2011 Boise State class and was only recruited after safety Jamie Byrd decommitted and chose TCU ... Hightower has two of the bigger hits of the season, blasting a Colorado State returner ... Hightower is also the name of a popular character in the Police Academy movies. Bronco fans find this hilarious.

Next up at cornerback: People you know even less

Should anything happen to Ewing-Burton or Hightower on Saturday, the Broncos will have to dig deep to find able-bodied corners. Here is the short list for who's next behind Q-Burt and Hi-T.

And that's it. Hazen Moss is listed as a defensive back on the Bronco roster, but he is more of a safety-nickel player than a corner. So if you'll be in the San Diego area for the game this weekend, you might want to stretch before coming into the stadium.

We have our new Winston Venable, and it only took nine weeks

Boise State's nickel position has been a job share for the first nine weeks of the season, which just goes to show how valuable and rare players like Ellis Powers and Winston Venable are. This week the depth chart finally revealed its long-awaited answer to Venable's successor: Jonathan Brown.

Brown and Hunter White had been sharing the co-starter label all season until this week. Now it is Brown's job to keep and to defend next year when he returns for his junior season.

Billy Winn is questionable for Saturday's game with a leg injury that he suffered against UNLV. He played sparingly against TCU and had little impact.

Doug Martin is questionable for Saturday's game with a leg injury that he suffered against UNLV. (What was in that UNLV water? Joint poison?) Martin was used as an emergency back on Boise State's final drive in a blocking capacity only, and he figures to be well enough to play on Saturday, if needed. Expect D.J. Harper to start and Martin to sub in.

Bronco Nation is day-to-day with a case of the sads. We are expected to return against San Diego State, provided the Broncos don't fall behind early.

Let me first begin by saying how disappointing it is that Moore's career may become more well-known for what could have been rather than what was. He is the best quarterback in college football this year, he was last year, and when all is said and done and I'm giving his acceptance speech into the College Football Hall of Fame, he will be the great college quarterback of our generation.

OK, enough hyperbole and complaining. Let's get down to Moore's statistical records.

Could Iloka really finish the season with zero interceptions?

28 days without an ACL tear

Keep up the good work, people.

Internal players of the week

Boise State did not give out internal players of the week because of the loss to TCU. When the team loses, everyone loses. So I guess Coach Pete will be bringing out The Hammer on Saturday?

How do you think Boise State's new cornerbacks will do against the San Diego State passing attack? What injury is more important to heal by Saturday - Billy Winn's or Doug Martin's? Is Kellen Moore great or what? Share your thoughts in the comments.