Share All sharing options for: Your Boise State - San Diego State preview and keys to the game

Boise State travels to San Diego (6:00 p.m. MT Saturday, CBS Sports Network) in search of a modicum of retribution or a time machine, but mostly retribution. Not only are the Broncos hoping to avenge a loss to TCU by pancaking whatever poor Mountain West team was next on the schedule, but also Rocky Long is SDSU's head coach. No one really cares for him all that much.

Join me after the jump for some keys to the game for both teams, and share your thoughts in the comments on what you expect on Saturday night.

How will Boise State respond after a loss? Many people expect the Broncos to bring the blowout hammer to sunny San Diego and obliterate the Aztecs. Others remember last year's post-Nevada home game against Utah State that wasn't exactly a picture of football perfection, despite ending 50-14. I'm not sure anyone can know how the Broncos respond until the first fifteen minutes of the game are up and the scoreboard either reads "Good guys 28, Rocky Longjohns 0" or "OH NO THIS IS HAPPENING AGAIN!"

Apart from the intangibles of motivation, this game will feature some fun matchups. The first is Ronnie Hillman versus the Boise State run defense. If you remember last week, TCU had a pretty good running game, and yet the Horned Frogs got nothing on the ground all Saturday. Translation: Boise State is good at defending the run when it wants to. An injured Hillman (ankle sprain) swings this matchup in Boise State's favor.

Of course, then again, why would San Diego State even bother running the ball when they have NFL QB prospect Ryan Lindley and tape from last week's TCU game? The Broncos are not exactly built to defend the pass right now, and maybe the only thing that would keep Saturday night from a replay of last week would be the Bronco pass rush terrorizing Lindley and/or the San Diego State receivers epic failing. 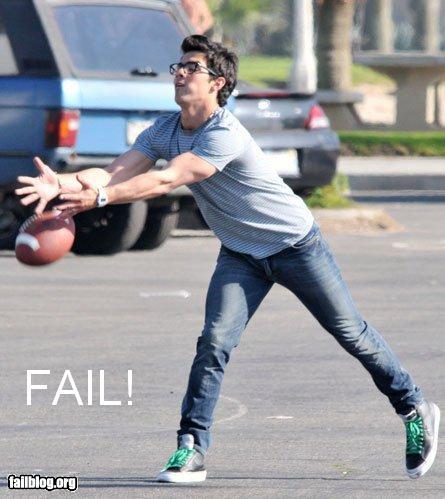 Injuries and backups played a big role last week, and they may do so again on Saturday. Specifically, Doug Martin and Ronnie Hillman are questionable (although Hillman vows to play even if he's at 66 percent, which is stupid). Which team can less afford to lose one of those players? D.J. Harper filled in admirably stats-wise for the Broncos, although some wondered how the offense truly felt without its pet hamster. For SDSU, it would be significantly tougher to replace the nation's second-leading rusher, no matter how good that O-line is. 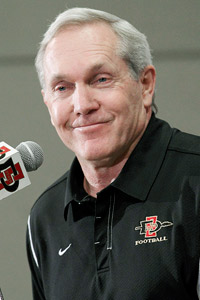 What do you see as keys to the game for the Broncos and Aztecs? Think Boise State will struggle defending the pass again? Got any miscellaneous keys to the game that don't involve kickers? Share your thoughts in the comments.