Boise State is favored by three touchdowns over Fresno State tonight (7:00 p.m. MT, ESPN), but it will take more than blowout assurances to keep me from pregame jitters. How do you feel as kickoff nears? Join me after the jump for some emotion venting, some confidence acquiring, and some pictures. Gamethread will be along in a bit. Go Broncos!

It has been awhile since Fresno State has had a quarterback that I wasn't able to openly mock. I miss Ryan Colburn and his love affair with turnovers. This Derek Carr guy is just no fun. He is good enough to put up solid numbers and get fans talking, but has it resulted in wins? Hardly, especially if you don't count beating Idaho and North Dakota as wins.

Still, I would feel more comfortable if Carr was just a complete mess who shriveled against talented defenses. Basically, I would feel better if I had seen Carr play the Boise State defense before. It's the fear of the unknown that gets me. I have a good feeling that the Bronco D will mess up Carr tonight, but until that first three-and-out comes my way, I'll be sweating a little. I better have my own couch.

I am 90 percent sure we will see Ryan Mathews highlights tonight on the ESPN broadcast ... I kind of miss the Broncos playing on grass at Fresno. FieldTurf just isn't the same ... Curious how much the Fresno fans will impact the game tonight (from a noise perspective than a middle-finger perspective) ... Big plays always seem to play a big part in these Fresno road games ... Will special teams guru Pat Hill throw out all the stops tonight? Trick plays? Fake field goals? Onside kicks? A desperate team is a dangerous team, and the Bulldogs don't exactly have a lot to lose with this being a non-conference game ...

My week in pictures 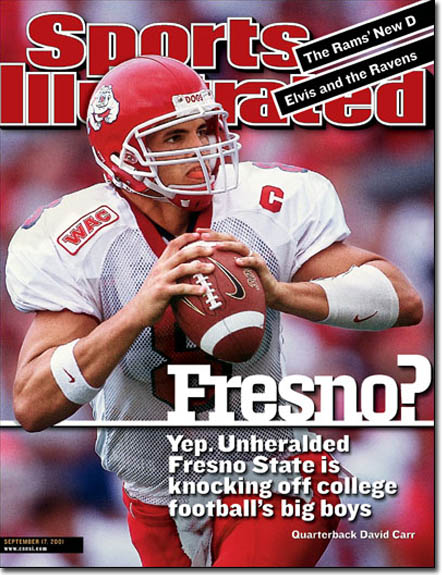 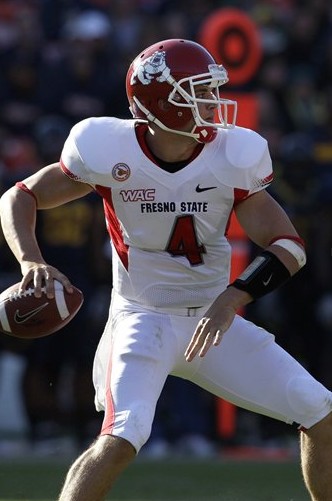 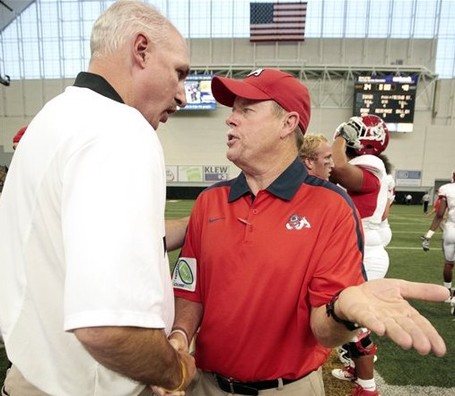 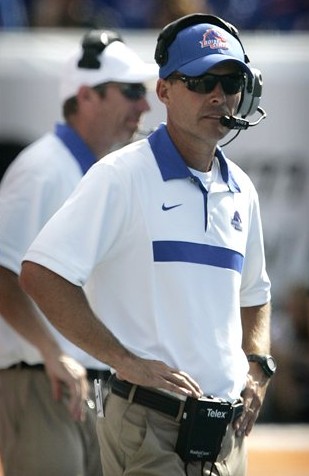 How are you feeling as kickoff nears? Nervous? Confident? Any last-minute thoughts to share? Leave them here in the comments.