The most sensible of college football experts predict Boise State will land in the Sugar Bowl against the SEC's second-best team, a fate that most Bronco fans would readily welcome and readily hyperventilate about. And then there's Phil Steele. Like most situations in college football life, when the world sees apples, Steele sees mangosteens. His projection for Boise State is a little different than most ...

Phil Steele's most likely scenario of the week ...

For Steele's dream to come true, Oklahoma State would need to play in the national championship game against the SEC champion, and the Fiesta would need to choose to replace the Cowboys with an at-large Sooners team. After the national championship participants get replaced, the Fiesta gets first choice of the leftovers, and according to Steele, the Fiesta would be inclined to take Boise State over the at-large options of Oregon, Virginia Tech, Michigan, Penn State, and whoever the Big East bothers to send.

Here is how the rest of the BCS bowls might look. Conference champions and, therefore, fixed picks are in bold (except the Big East champ which has no bowl tie-in).

And now for Bob Stoops' take on a Boise State - Oklahoma rematch. 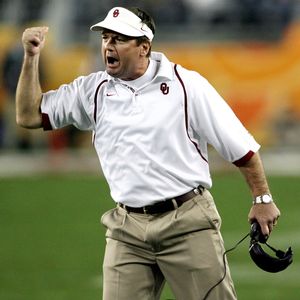 Everyone else's most likely scenario of the week ...

This projection will become a lot more clear after LSU and Alabama play in The Most Important Game of the Century of the Season this Saturday. The loser of that game has the inside track to the Sugar Bowl, provided the winner keeps on winning all the way through the SEC championship. If Georgia or South Carolina pull an upset in the SEC title game, then the Bulldogs or Gamecocks go BCS bowling and either LSU or Alabama doesn't.

Boise State's schedule has a couple of tough spots left with games at San Diego State and versus TCU (and several Cupcake Kingdom showdowns with UNLV, Wyoming, and New Mexico). Should the NCAA find the entire Bronco roster ineligible due to a Toyota Camry rideshare program and should the team be left only with player doppelgangers to compete in games and should Boise State lose multiple times, Bronco Nation may need to reset its BCS expectations. But don't hold it against K.D. Searcy, Lace Faker, and Rafaldo Goldamine. They gave it their best.

If such a fate befalls BSU, here is where the Broncos might end up.

If Boise State loses, TCU would likely be the MWC champion and go to the Vegas Bowl. The No. 2 MWC seed goes to the Poinsettia to face the WAC champion, which would be a rematch for Boise State (versus Nevada or Fresno, likely). So that leaves no one's favorite bowl, the Independence, where the Broncos would face the ACC's No. 7 seed. And I'm pretty sure the ACC good teams stop at No. 5.

Houston is climbing the BCS rankings, and they will likely be BCS eligible if they keep winning and the teams in front of them keep falling. If so, the Cougars would join the at-large pool and we all know what the BCS's knee-jerk reaction is in that case: Pair up the outcasts. 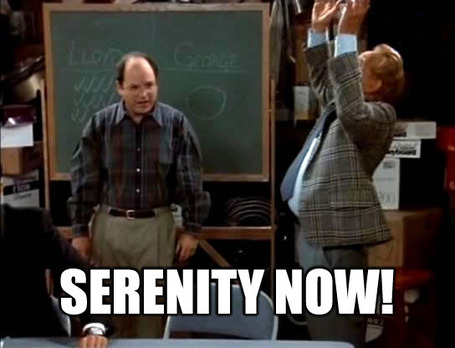 There are too many quality college football teams this season to simply decide things with a two-school, one-game championship. America needs a playoff. And a Euro Disney. What follows is an NCAA postseason according to my favorite playoff format (16 teams, 11 conference champions, five at-larges, seeds from the AP).

Where do you want Boise State to end up? Would you prefer Boise State faces Alabama or LSU? How much hate would you have if the Broncos were paired with Houston in a BCS bowl? Share your thoughts in the comments.