Bronco Nation got its vicarious revenge Saturday with Boise State's 58-10 win disguised as a 30-10 win over the Nevada Wolf Pack. There were many players, plays, and performances that deserve recognition (though surprisingly few left-handed ones), and I'll do my best to honor each of them with a gameball after the jump. Let me know which ones I forgot.

Let these Mtn.tv studio guys yell some highlights at you.

Bronco fans were treated to some classic Martinizing, and it just goes to show how good he can be when he has a little bit of daylight and space. His natural instincts and athleticism just take over, and before you know it, he's 30 yards downfield in an end zone. More please!

Unit of the game

Amazingly, 12 different Boise State players recorded tackles for loss in the Nevada game, and the Wolf Pack offense couldn't get out of its own way fast enough to avoid the impending onslaught of the Boise State defense. It's a little like those scary movies when the kids are trying to run away from the chainsaw guy or hockey mask guy or sharktopus but they end up tripping over their own feet in their haste to avoid the inevitable. Boise State's defense was the sharktopus. Nevada was the token single guy. 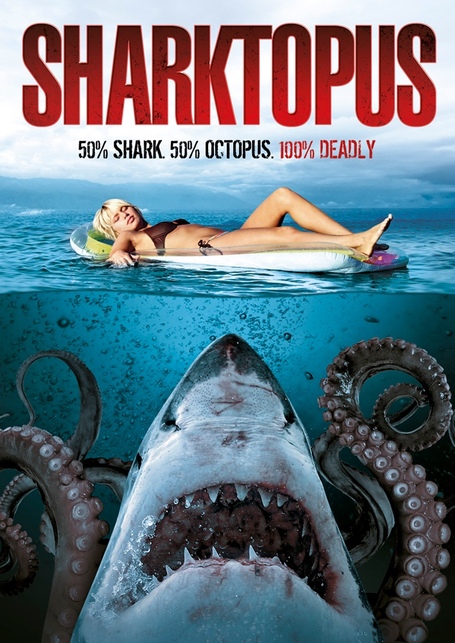 Players of the game, Nevada version

Marshall finished with 14 tackles and Johnson had 11, and while some of that was due to their being on the field all the time, the two Nevada linebackers really were making plays all over the field. I don't have my WAC defensive depth charts memorized anymore (thank goodness, more brain space for xx), but I'm pretty sure these are two of the best linebackers in the conference.

Worst drop of the game

Taylor dropped a would-be pick-six that hit him square in the hands. Burroughs dropped a sure-thing touchdown bomb that would have made Kellen Moore's day look significantly better. So let's just pretend it was a 44-10 win and no harm done.

Versus sideline man Anthony Herron grabbed Coach Pete as he was leaving the field to ask far-too-happy questions about the Boise State offense. Coach Pete answered something along the lines of: "No, the offense isn't playing well at all." Subtext: You're an idiot. This was followed by awkward silence and then I left the room because I couldn't take it any more.

Note to future sideline reporters: Begin all future halftime interviews with the question, "You can't be happy with anything, am I right or am I right?"

I'm not sure the Bronco special teams have received enough credit so far this year. And I'm not sure a game ball will fix that. Nevertheless, special teams has played a huge role in Boise State's 4-0 start. On Saturday, Nevada had 14 drives - one started outside its own 30 and 11 began from the 20 or worse. That is not a recipe for Tyler Lantrip success (that recipe: Not wearing gloves on both hands). Credit goes to Brad Elkin for punting like a champion and the Boise State kickoff team for covering like they mean it. 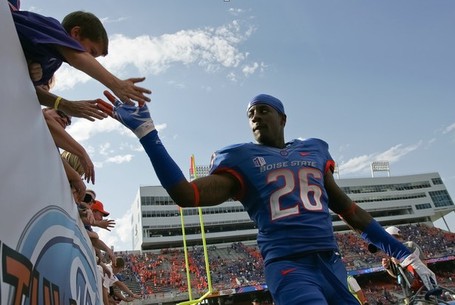 Q-Burt got the start opposite Jamar Taylor at corner after Jerrell Gavins was ruled out with a knee injury. And all QEB did was lead the team in tackles and not give up any huge plays in the passing game. To be fair, I'm not sure Nevada was capable of big plays in the passing game (at least not outside the final two minutes of the game), but for Ewing-Burton to step in and play so well makes the corner spot a little less depressing from here on out.

His touchdown grab over a defender was Austin Pettis-like.

Runner-up: J.C. Percy. I'm not sure I had even seen his hands until Saturday.

Did you notice that freshman sensation Cody Fajardo did not play quarterback for the Wolf Pack on Saturday? Chris Ault may have noticed.

I really felt like Cody could have possibly played this week, and yet there wasn't much of an effort from his side of it.

And what was Ault's assessment of the universally panned performance by senior starter Tyler Lantrip?

Tyler is Tyler - he was OK.

Now there's a man you want to play for.