Boise State basketball preview: Getting to know the schedule

Share All sharing options for: Boise State basketball preview: Getting to know the schedule

Are you ready for some basketball? Probably not, but Boise State football is on a bye, the basketball team tips off two weeks from today, and we all made a promise to pay  more attention to roundball this year, remember? We pinky swore.

Last week, I previewed the Boise State roster - a new-look, rather Australian bunch of guys who have the potential to mesh into a fun team. Now it's time to take a look at the schedule the Broncos will be meshing against. Check out the best games and projected records after the jump, and feel free to add your predictions in the comments.

Boise State's non-conference schedule is typical a snoozer, and while there is some live-action Dramamine on the 2011-2012 slate, these three games are not it. The Utah Utes are coming to Taco Bell Arena, which makes me wonder if something was lost in translation when this game was scheduled. Did the Utes think they were agreeing to a trip to Taco Bell? For boxes of burritos, maybe? Not sure. 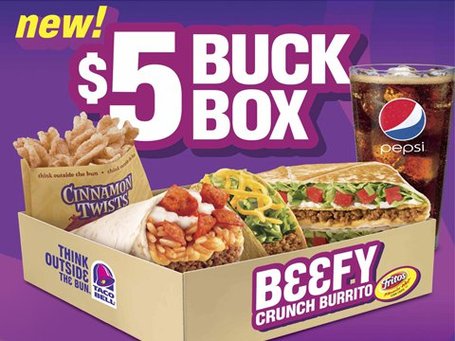 Regardless, big-name teams don't come to Boise very often, so the early-season visit from Utah will be an ideal chance for fans to pack the TBA. The timing couldn't be much better. The date falls right between Boise State football's TCU and San Diego State games and, hopefully, Modern Family reruns.

Having three marquee non-conference basketball games is great for the schedule's self-esteem, but I don't have high hopes for the Broncos winning any of the three. I'll be happy with moral victories and learning experiences. For a young team with a high ceiling, I hope that's not asking too much.

Clear your New Year's Eve plans, everybody. And start mentally preparing for that Nampa smell.

Projected record in games against Idaho: 1-0

Apart from the three marquee non-conference showdowns listed above, the rest of the Broncos' pre-MWC schedule is a mixed bag. Several teams are recognizable, like Missouri Valley Conference opponents Drake and Indiana State, the latter of which was picked to finish third in the traditionally tough conference. Several teams are Colorado directional schools or worse.

To a certain degree, you would hope Boise State has some of these games on here to boost the win-loss record and build confidence. And in that regard, I think this schedule can work. When I combine the teams I've never heard of with the teams I know are awful, I think the Broncos could find seven wins here, easily. Add in a split with Fresno and another surprise win or two, and Boise State could get be near 10 wins heading into conference play.

Before we get to how Boise State is expected to be the worst team in the Mountain West conference, I'd like to begin by having us all stop, look, and appreciate how many games are on television. All of them!

(Also, I use the term "television" loosely since I'm referring to The Mtn. and people still don't know where or what that is.)

I have felt for a long time that one of the hurdles of Boise State basketball gaining attention with Bronco Nation is the lack of TV coverage of the team. Not only that, but trying to find highlights of games was like mission impossible. Too much Tom Cruise, not enough basketball. 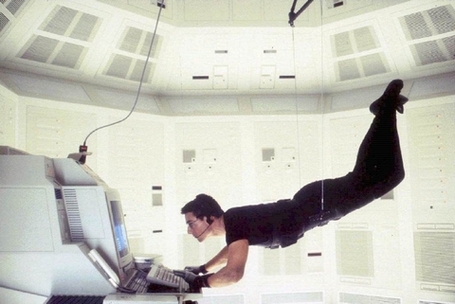 All that to say, Boise State basketball fans will get to enjoy the team in an entirely new way this season. Too bad a lot of the enjoyment will be video highlights of losses.

Mountain West Conference competition for Boise State will be significantly stiffer than the WAC. Instead of one Utah State, the Mountain West has four Utah States. The Broncos were picked by the media to finish dead last in the conference, holding things down in the basement with TCU and Wyoming.

So at least they're not alone at the bottom. The Broncos are somewhat of an unknown this season, having lost so many seniors and added so many Australians. I can foresee a season where Leon Rice coaches them up to fourth or fifth in the conference and turns them into a dangerous team come tourney time. I can also foresee losing multiple conference games by 40.

But hey, at least they'll all be on TV.

I really think the Broncos can be at 10 wins or more after non-conference play and stay competitive throughout the MWC schedule, especially against some of the conference's worst teams. Twenty wins might be a stretch, but a winning record and a postseason tournament aren't at all out of the realm of possibility.

What do you think about Boise State's schedule? Will you be going to the Utah game? How about the Idaho game? What is your prediction for the Broncos' final record? Share your thoughts in the comments.