Happy orange out, everyone 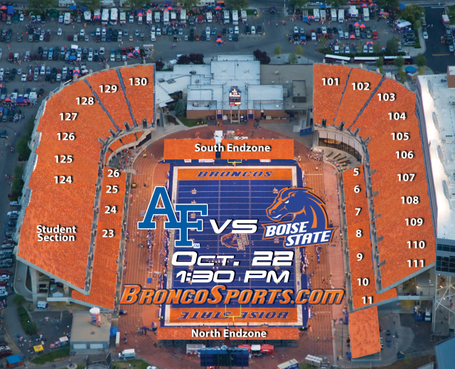 There are orange Bronco gameday T-shirts available at the Bronco Shop for those of you who like wordplay ("No fly zone," get it?). 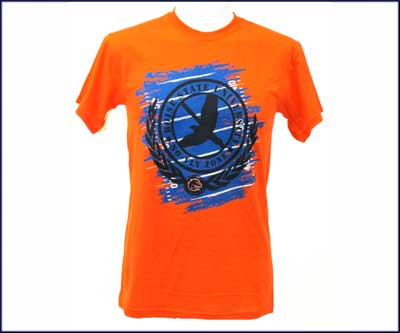 In response to questions about Boise State's blue-on-blue uniform ban ...

When you're at the Air Force Academy and you have to fly a mission and the tanks are brown on brown you still have to go fly it.

Just kidding about all those imminent Big East invites

Commish John Marinatto ("Marathon Joint" to those who read the anagram roster) announced that there were no announcements in his teleconference yesterday, only that the exit fee for bolting the Big East will be raised to $10 million at some point. So get out while you can, UCONN.

Makes sense, too. If Oregon and West Virginia are BCS teams, the Sugar wouldn't choose rematches for LSU. Boise State might be the only choice.

More links and birthdays after the jump.

Do you want your birthday or announcement to appear in the links? E-mail us at tips@obnug.com.