Share All sharing options for: Gameballs for Boise State versus Colorado State

Apart from a five-minute stretch in the second quarter when Boise State was overcome by benevolence and mercy and naps, the Broncos absolutely owned Colorado State on Saturday. It was ugly in a beautiful way. Doug Martin and Tyler Shoemaker had career days, Kellen Moore was NBA Jam levels of on fire, and the Bronco defense came to play. Game balls for everyone!

Join me after the jump as I hand out some postgame awards, and feel free to do the same in the comments. 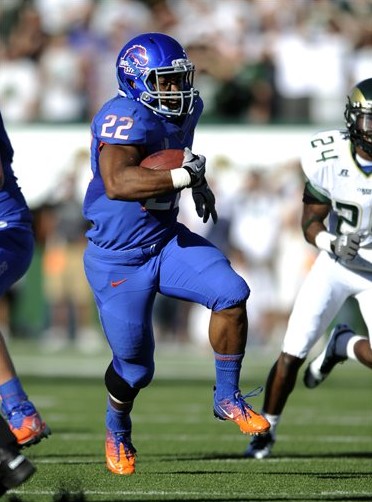 Midway through the first quarter, Doug Martin had 116 yards and two touchdowns, better numbers than he has had in all but one other full game this season. Many thanks to the hospitable Colorado State defense and that one safety who missed tackles out the wazzoo.

Reader's fourth-choice award for player of the game 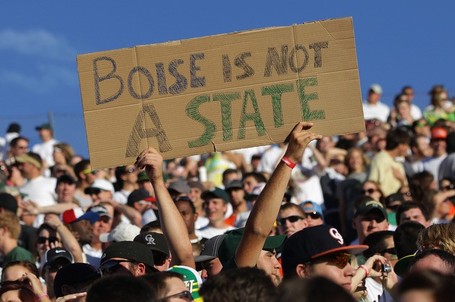 Boise State's offensive tackle tandem held NCAA-leading sackmeister Nordly Capi to zero sacks. Moore was pressured twice and sacked once, and quite obviously - judging by the scoreboard and the total yardage and the lack of grass stains - the Colorado State pass rush was a non-factor.

Game ball for most athletic play of the game

With apologies to Ebo Makinde's blitz-tackle-strip, Kellen Moore's one-yard scramble, and Doug Martin every time he touches the ball, I felt the most athletic play of the day came from Shea McClellin. The Bronco DPOY candidate went from pass rush to pass coverage in a split second after seeing the running back leak out of the backfield. Clark Superman timed his jump just right and came down with the pick. I pulled my groin just watching it (I was on an exercise ball at the time, but still).

Proof that God is a Bronco fan 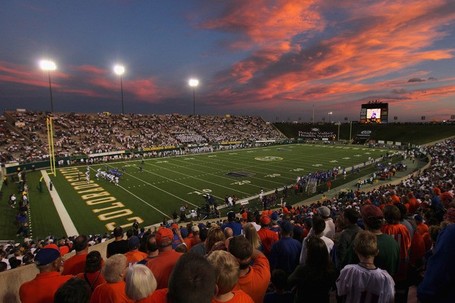 The Broncos burned redshirts on Corey Bell and Hightower, so more highlights for us. Hightower especially looked like a future star with a pair of rattling tackles - one on a CSU receiver who dropped the ball in order to save himself and the other on a CSU running back who did not look both ways before crossing the Hightower tracks. More of this kid, please.

Game ball for most talking

Somewhere in a Fort Collins Flying J, Christensen is still telling stories about the 1970 Oakland Raiders.

What players, plays, and performances do you think deserve game balls? Share your thoughts in the comments.