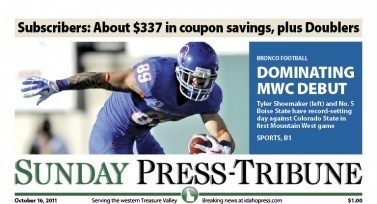 Boise State could get a Big East invitation today, or not

The New York Daily News, the paper that asks the hard questions like "What will Big East expansion look like?" and "Do you want to meet the cast of Footloose?", reports that an invite for the Broncos could come as early as tonight. After Two and a Half Men, of course. Those Big East execs have their priorities.

Boise State drops behind Oklahoma State in the coaches poll

The Broncos have fallen from No. 4 to No. 7 in the course of a month. But hey, they're still ranked higher than every Big East team.

In case you took a three-day weekend, know that the Mountain West and CUSA agreed to some sort of joint championship thing that has no details or start date.

More links and a haircut after the jump.

You watch your mouth, AP recap!

In its haste to praise Russell Wilson's receiving touchdown on Saturday, the AP calls out the wrong Angel of Death.

If Boise State is serious about helping Kellen Moore win the Heisman Trophy, the Broncos need to show off their quarterback's versatility. Throw the passer a pass or two.

Boise State versus Oklahoma in the Rivals Fiesta Bowl

Get this haircut at Rey Rey's barbershop. 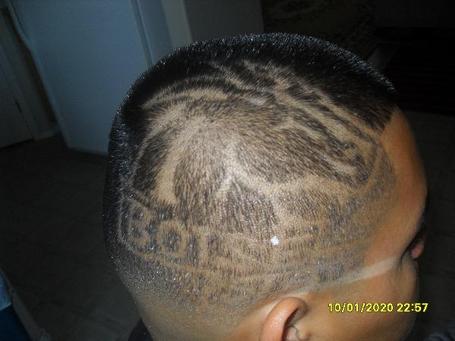