Colorado State gets its first taste of the Boise State conference buzzsaw on Saturday (4:00 p.m. MT, The Mtn.), and I for one can't wait. Why? The sooner I can stop worrying about Colorado State and my fear of new teams. Join me after the jump for my own personal therapy session and some miscellaneous pregame thoughts on tomorrow's matchup. And feel free to vent or boast in the comments.

The newness of the Mountain West schedule has been a topic of conversation since Coach Pete first warned about it early this offseason. Should a new posse of blowout-bait really be cause for alarm? I don't think so.

Still, with the MWC schedule beginning Saturday, I think one more look at the Broncos' history against newbies couldn't hurt. It's not like the topic has gone away. Just yesterday, Chadd Cripe posted a blog about how Bronco coaches have prepared for their new conference also-rans. An excerpt:

"You see what they do on tape, but until you play them you just don't really know what you're going to be going against, starting with the players," Kwiatkowski said.

It may be harder to prepare for players you have never seen before, but that doesn't mean the results will be any different than what we're used to seeing. During Coach Pete's tenure, here are the games the Broncos have played against new-to-them teams:

Pete is 5-2 against brand new opponents, and he's 4-0 when Taylor Tharp is not his starting quarterback. Good enough for me. I can respect the difficulty in preparing for a brand new series of teams in the Mountain West, but I'm only going to dock my blowout point spread a couple points. These are the Broncos, after all.

The USA Today preview of Saturday's game mentioned that Colorado State's defense could cause problems if they can pressure the quarterback with just four guys. Ha! I'd like to see them try (and fail) ... Should I be more worried about Colorado State coming off a bye week and with extra time to prepare? ... CSU coach Steve Fairchild is 1-1 after bye weeks, but the one loss was to New Mexico, so I think it should count as two losses ... Billy Winn has been consistently great this year, but he has yet to have one of those "wow" games where you stand up and applaud and feel sorry for everyone who has to try to block him. I think he's due ... Geraldo Boldewijn plus/minus 2.5 touchdowns? ...

And now some candid photographs of the Colorado State offense while watching tape of the Boise State defense. 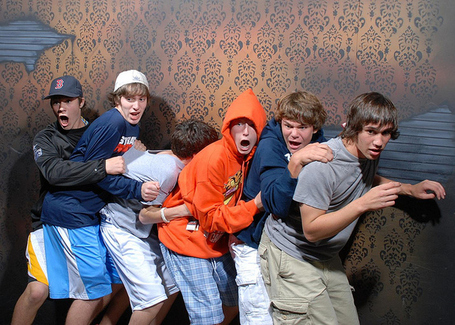 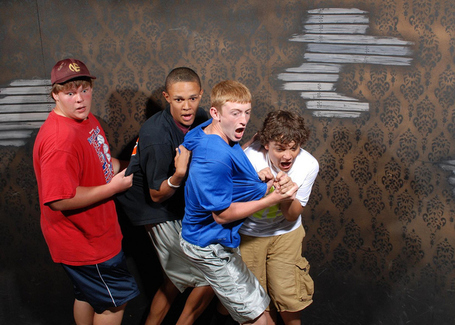 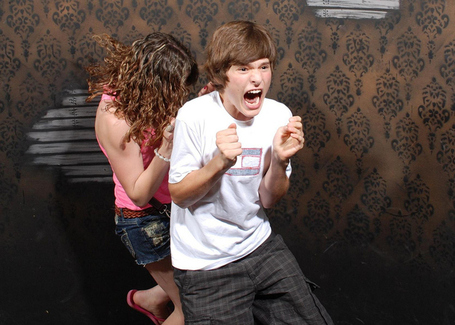 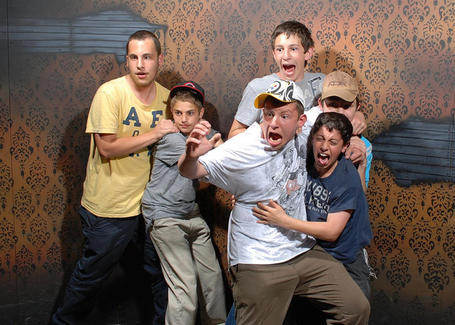 What pregame thoughts are running through your head? Nervous? Confident? Desperately searching for The Mtn.? Share your thoughts in the comments.