Happy New Year, Bronco fans. Drew got into the 2011 spirit with an excellent list of New Year's resolutions earlier this week. And since I am bad at keeping resolutions (although this is totally the year that I learn Spanish - que lastima, mi amigos), I thought I'd go the route of predicting the future year of Boise State football. Note: I am equally bad at predicting things.

Let's begin. And feel free to share your 2011 predictions in the comments.

Boise State will get revenge against Nevada

What do I want most out of the Boise State football team in 2011? A completely dominating, hugely embarrassing, somewhat unsporstmanlike win over Nevada. And a new JumboTron. Order needs to be restored to this rivalry, and the quickest way to do that is making the Wolf Pack look like the Little Giants, pre-Rick-Moranis-inspiring-speech.

Boise State will get revenge against Georgia ... allegedly

Revenge for what, I can't remember, but Boise State's season opener against the Bulldogs - in the Georgia Dome, deep in the heart of SEC country - will most definitely go the Broncos' way. How do I know this? 1) I have the utmost faith in the Boise State football program and 2) I watched Georgia in the Liberty Bowl. Woof.

Because, seriously, who thinks Charlie Weis is really going to work out at Florida?

Four-star CB Stefan McClure will commit to the Broncos, giving BSU a Top 50 recruiting class and me a new man crush

Currently McClure has offers from Cal, Colorado, Oregon, Oregon State, UCLA, and Washington, but do any of those teams have a Chick-fil-A on campus? I think not. Getting McClure would be a huge get for the Broncos, and it could push their recruiting class into the Top 50. No thanks to you, Matt Goudis.

Also, I may be confusing Stefan McClure with Cody McCarthy, a three-star LB from Bishop Kelly HS in Idaho. I'm brilliant, not clairvoyant.

Because college football is unfair.

More importantly, Boise State will pony up the money for a Kellen Moore Heisman Trophy campaign this offseason, giving us all the pleasure of seeing Kell-O ads featuring Moore and Bill Cosby. 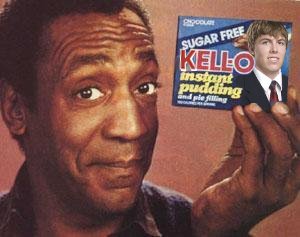 ... with a women's volleyball lead-in!

I could tell you all the many reasons why there should be a Marty Tadman bobblehead as part of Jackson's annual BSU bobblehead release, but that would be pointless since I've already written all those reasons down and mailed them to my state representative. The world is long overdo for a Marty Tadman bobblehead. Don't make me fashion one of my own, Jackson's Food Stores. Not that I already have all the materials necessary to do so or anything.

Get ready for Scentsy Stadium. A free wickless candle with every BAA membership!

The Broncos will fly under the radar all year in the polls, finish No. 4 in the BCS with a late push, and beat Texas in the Fiesta Bowl

Also, Billy Winn will be a first-team All-American, Doug Martin will run for 1,500 yards, Brad Elkin will lead the nation in punting, Coach Pete will win another Bear Bryant Award, Kellen Moore will play 12 total quarters, Buster Bronco will find true love, Mark May will get fired for being handsy, and Boise State will earn a split national championship when LSU and Ohio State play a 2-0 triple overtime national championship game.