Share All sharing options for: A look back at Boise State's best recruiting class of all-time

Boise State's 2007 recruiting class is the greatest class in school history, according to the rankings at Scout.com and according to pretty much everyone who would just happen to glance at who came in that season. I mean, look at the list of players (after the jump). Go ahead. Look at it (again, after the jump). It's incredible!

Continue reading for the full list of players, Boise State's recruiting rankings through the years, and a comparison of the 2007 class to the 2011 class.

I have good news, and I have great news

First, the good news: Many of the players in the 2007 recruiting class are still around to play this year, thanks to redshirt seasons.

Now, the great news: Boise State's 2007 recruiting class was ranked No. 57 by Scout.com; Boise State's 2011 class is currently ranked No. 58 by Scout.com. So depending on what happens over the next week, this year's class could become the best one ever in Bronco history, statistically speaking. And if it pans out even half as well as the 2007 class did, then Boise State fans are in for a treat.

Boise State's 2010 ranking is skewed because the class was only 10 players large.

Moore's recruiting story has been told over and over again, so I'll spare you the details. Just go watch Rudy, except replace Rudy with a left-handed quarterback who is an absolute genius and one of the best football players you've ever seen. So actually, go watch The Natural and pretend it's about football.

Fun fact: Young had an offer from Nevada. I somehow doubt that his career would have been the same in Reno as he it was in Boise. For instance, instead of leaving as the school's leading receiver, he might have left with no hands after catching Colin Kaepernick throws for four years.

Pettis ended his Boise State as the most prolific touchdown catcher in school history, a mark he had sewn up by his junior season. Also, he brought us the swinging gate two-point conversion, and for that, we are eternally grateful (and Troy Oppie is eternally peeved).

Winn came to the Broncos as a 6-4, 260-pound defensive end. He is now a 6-4, 288-pound defensive tackle and one of the most dominating defenders in the West. Good on you, Tim Socha.

That Martin was a two-star running back out of high school says a lot about how hit-or-miss recruiting star rankings can be. He is considered one of the top RB prospects in college football and was an All-WAC performer his first year as a full-time starter.

An All-WAC corner and Fiesta Bowl MVP, Thompson was one of five Bronco recruits in the 2007 class to start as a true freshman (Pettis, Young, Harper, and Elkin were the others).

McClellin was a better-known high school running back than he was a defensive end, but he has blossomed at Boise State into one of the WAC's premier defenders. He was the Broncos' top choice for WAC DPOY this season.

Harper's Boise State career began with a bang as he became the school's first true freshman to run for 100 yards in a game, getting 153 against Fresno. Since then, he's had trouble keeping his knee in one piece but has still showed flashes of greatness in big games against Oregon and Virginia Tech.

Baker is the unsung hero on the defensive line and one of the most important players to the Boise State defense.

Many thought Byrd was the team's best O-lineman in 2010, which is saying a lot considering future NFLer Nate Potter plays alongside. Byrd has started since his redshirt freshman season.

Tevis has been a regular part of the linebacker rotation the past two seasons, establishing himself as one of the team's best during 2011.

Paul was recruited as a linebacker but switched during his freshman year to fullback, backing up Richie Brockel and taking the full-time job in 2011. Paul was a grayshirt in 2007 and joined the team in 2008.

Nisby made a name for himself at backup defensive tackle last season, finishing with three sacks in spot duty for Winn and Baker.

After an up-and-down start to his Boise State career (as documented here on OBNUG), Burroughs settled into a role as the team's part-time punt returner and occasional backup wideout, and he didn't do half bad. As a grayshirt in 2007, Burroughs enters 2011 as a junior and has two years left.

As a backup defensive end, Root's impact on the team has been more emotional than statistical. He is the new Derrell Acrey, I guess you could say.

Apart from a two-game stretch as "the future Brock Forsey," Kaiserman's career at Boise State has been mostly as a backup, at least when he has been healthy. Kaiserman has dealt with concussions and broken bones in his time with BSU.

Recruited as a 231-pound defensive end, Hayes is now a 289-pound offensive lineman after bouncing between offense and defense for most of his Bronco career.

White has played in almost every game of his Boise State career either as a linebacker (freshman and sophomore seasons) or a nickel back (junior season).

Elkin redshirted last season so that he could contribute in 2011 filling in for Kyle Brotzman. He is expected to face competition for the punting duties from Trevor Harman.

Pendergast had a good run as the team's starting tackle before an injury derailed his 2009 season during Fiesta Bowl prep.

Murray has been a career back up for the Broncos. He enters his senior season in a three- or four- or five-way battle for the starting corner job vacated by Thompson.

Waller is a back up lineman who figures to remain as such his senior season.

Yriarte was part of the offensive line rotation in 2008 before missing all of 2009 and 2010 with an injury. His status for 2011 is unknown, but he is still on the roster at last check.

Day graduated after the 2009 season in the five-man senior class that included Kyle Wilson and Richie Brockel. His contributions at Boise State were mostly on special teams.

Tivao was a highly-regarded prospect who never enrolled at Boise State due to academics. He went to Cerritos College where he dominated for a couple years, signing with the University of Washington in their 2009 recruiting class. He never made it into school there (source). 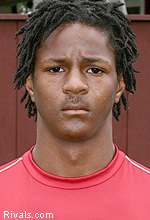 Vinson went to community college at Saddleback in 2007 and joined the Broncos for spring practice in 2008. He decided BSU wasn't a good fit, returned to Saddleback, and signed with Colorado State as part of the Rams' 2010 recruiting class. He played in 10 games for CSU last year as a reserve cornerback.

What did you think back in 2007 when Boise State announced its recruiting class? Any idea it would be this good? How do you think the 2011 class will compare? Share your thoughts in the comments.