Signing day is less than two weeks away (Thursday, February 3, Wednesday, February 2, for your iCals), which must make Dave Tester happy. The sooner these kids make binding decisions, the better.

Boise State has 18 commitments in its 2011 class provided no one else has gone the way of the Goudis in the last five minutes. Keep Marcus Henry in plain sight at all times, Bronco Nation. With 18 seniors outta here, the Broncos are down to the last few commitments left on their board (more on scholarship specifics later). After the jump, check out the players left on Boise State's radar. (HT to Scout.com for offer info.)

Boise State would really like another CB in its recruiting class, so why not go hard after one of the best on the West Coast? McClure (5-11, 175, Vista HS, Calif.) is a four-star Army All-American and the type of recruit who can define a program. He wants to play right away, which historically hasn't been a problem for BSU corners. In other words, out of the way, Antwon Murray.

McClure has narrowed his list down to Boise State, Cal, Oregon State, San Diego State, UCLA, and Michigan (source). He is making an official visit to Michigan (source) this weekend to see former SDSU coach Brady Hoke's Extreme Home Makeover of the Wolverines. Boise State and others paid an in-home visit to McClure during the week. Some say Cal and UCLA are the favorites. McClure is expected to announce his decision next week.

Maston seems like a perfect safety date if McClure spurns the Broncos. The 5-11, 185-pound corner from Bakersfield (Calif.) is scheduled to pay an official visit to Boise State next Friday.

That might be an awkward trip if this is true: According to sources, Maston has committed to Arizona State (source) (source) (and) (source). Maston was considering the Sun Devils and Broncos in addition to UCLA, Fresno, and Wazzu.

Peters, a 5-11, 195-pound corner from Oakland, has been offered by the Broncos, but rumor has it (source) Peters' final three includes Oregon State, Arizona State, and Washington - and no Boise State. You are making the biggest mistake of your life, kid. Dave Tester would like to have some words with you. 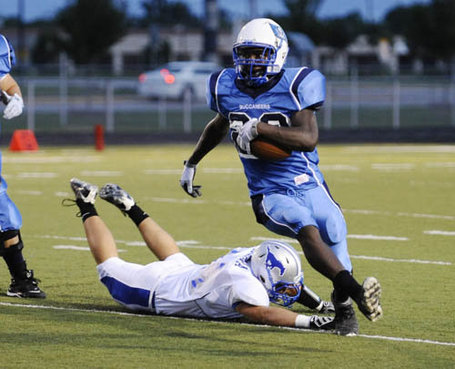 Another Bronco offer, Lunford ran for 1,529 yards and 15 scores for Brazenwood HS (Texas) last fall and holds offers from Oklahoma State, TCU, Houston, and Kentucky (source) (source). Since it looks like Vegas RB Brandon Wright won't be an option, Lunsford may get a stronger push from BSU over these next two weeks. 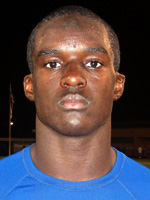 Young is one of the top uncommitted players left in the Houston area, and his playmaking has brought attention and offers from K-State, Missouri, and Northwestern in addition to the Broncos (source). Young is another who might see an extra push from BSU now that Hawaii LB K.T. Tuumalo has decommitted.

A 6-1, 280-pound center from San Jose, Satele has interest from Boise State and San Jose State and maybe SDSU, Oregon State, and Oregon, depending on whom you ask (source) (source).

Asiata has a scholarship offer from Boise State (source), but all signs point to his deciding on Washington or Colorado (source) (source).

Wright has chosen San Diego State (source), so unless he gets the Matt Goudis itch, Boise State may be out of luck. The Vegas RB was scheduled to visit the Broncos this weekend.

Are there possible recruits you know of that aren't listed here? Think Boise State will get any commits to flip? Concerned about all these recruits signing elsewhere? Share your thoughts in the comments.