Around the interwebs: Boise State's win in screengrabs

Share All sharing options for: Around the interwebs: Boise State's win in screengrabs 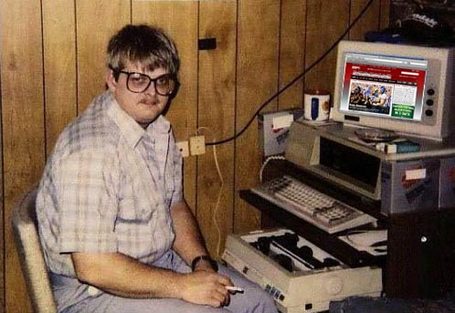 As a blogger and fan of cat pictures, I tend to spend a lot of time on Al Gore's greatest invention...after Bronco wins—especially big ones—even more so. Monday night,  I took the liberty of screen-capturing some of my faves from around the web after I returned home and downed a dozen TUMS™. The ballots have been counted, and here are the top ten from the evening—each with their own award of distinction. After the jump, enjoy the fruits of my surfing labors (click each screencap for the full-sized version)

Category: In the news

10. The award for freshest headline pun—ESPN.com 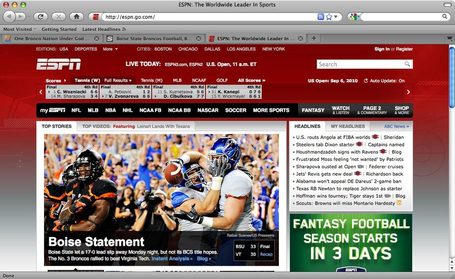 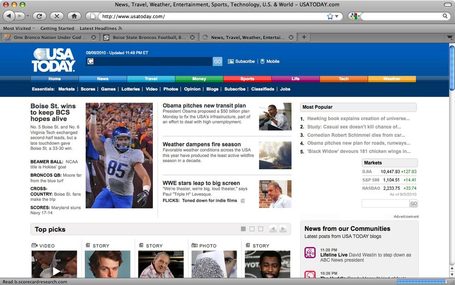 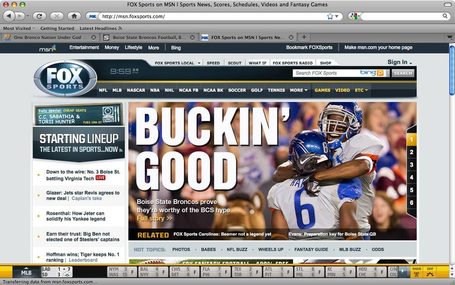 7. The award for stumbling on to the pun that everyone else did 2 years ago—CBS Sports 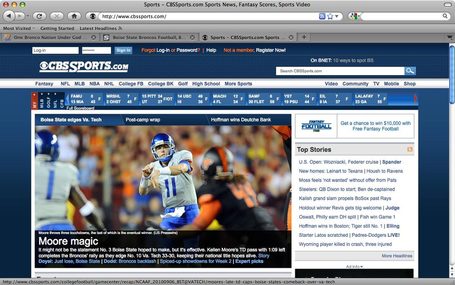 Please send Gregg Doyel to pick up your award. It will be waiting for him at the end of this short pier.

6. The award for most straightforward headline—Sporting News 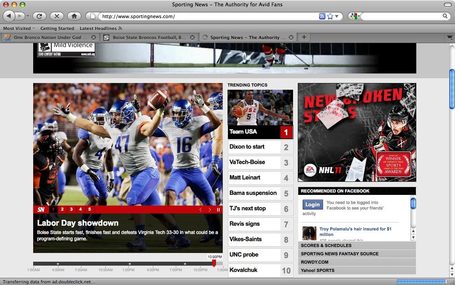 What a bunch of buzzkills. Bonus points for featuring übermensch Dan Paul on the teaser though.

5. The award for sadly inevitable snub—CFN.com 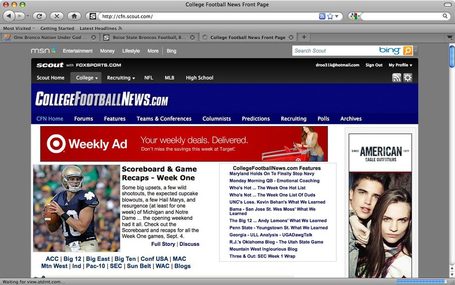 On the bright side, the win might have vaulted Boise State into CFN's top-25.

4. The award for "if you like us so much, how about donating to the stadium expansion?"—LeBron James 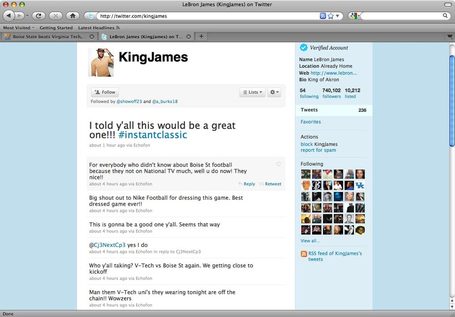 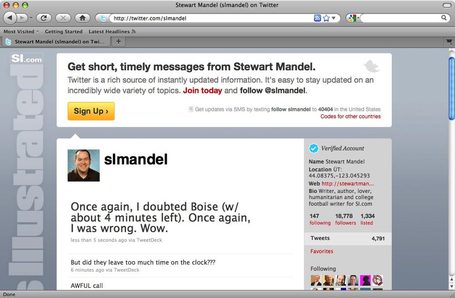 You'll do it again, don't worry.

2. The award for faint praise—Kirk Herbstreit 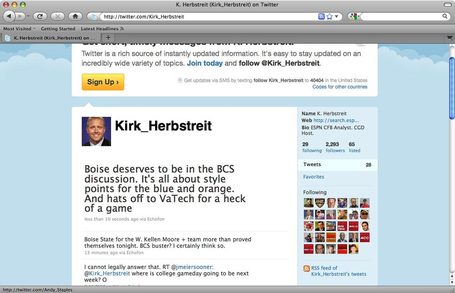 The Broncos care not for "discussions." They are men of action. 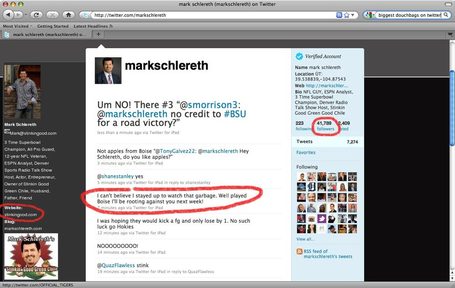 From left to right, I've circled something fitting, something pathetic, and something astonishing. Oops, looks like I forgot to clear my search bar on this one, too.