Holy crud, it's here. 98 days ago this countdown started in earnest with a dream of highlighting every numbered roster spot every single day. We did it. Nick and Kevan provided some valuable back up when my vision blurred and my computer exploded (not literally, but almost). Now, there's just over 24 hours till the Broncos take on the Hokies, and I'm getting nervous.

We started with Michael Atkinson at #99—now we have just 1 day until kickoff...so today we'll highlight #1 on the Boise State roster—Titus Young

Titus lettered in football three times and track and field twice at University High School. In football, he was named all-state, all-city and one of California's top-ten receivers. As a senior, Titus made 66 catches for 1,359 yards and 20 TDs. He also made 97 tackles and 11 interceptions. His reception and interception totals that year both led the city section. Young was rated a 3-star recruit by Scout.com and had offers from Washington, Washington State, and Nevada. 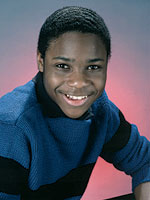 Caught at least one pass in all 13 games as a true freshman in 2007. First ever reception was a 53-yard touchdown against Weber State. Earned first-team All-WAC as a receiver and kick-returner in 2009. Returned 2 kickoffs for touchdowns in 2009 (a third was called back on a penalty). in 2009, became just eighth Bronco in history to record a 1,000 yard receiving season.

Like Austin Pettis, it's hard to believe that Titus Young will be beginning his senior season tomorrow. Unlike Pettis, however, I never thought Titus would make it this far. Man, I'm glad he did. Young showed flashes of brilliance the moment he stepped on the Blue™ and ended up being one of the Broncos biggest weapons as a true frosh in 2007. His freshman campaign saw him finish with 639 yards receiving and 5 TDs while chipping in another 66 yards and 2 TDs rushing. It looked like Titus might become an all-time great for the Broncos if he could cure the acute fumblitis that also plagued him as a fresh-faced frosh. 2008 began and Titus looked sharper than ever, posting 176 total yards of offense in Boise State's opener. Titus was suspended for the week two matchup, but looked like he'd taken care of business by playing the next two games of the season for the Broncos—he hadn't. Folllowing the week 4 matchup against Louisiana Tech Titus was suspended from the team "indefinitely". It ended up being the rest of the year. We may never fully know the extent of Titus' troubles in 2008, but it can probably be accurately summarized like this: Titus broke a team or school rule and was suspended...the coaches gave him a series of hoops to jump through to get back in their good graces...Titus failed to meet those requirements or flat refused to. From all outward appearances, it looked like Titus would never return to the team, and an extremely promising collegiate career (or future NFL career) would be cut short. But something changed in Titus Young. He did return—and with a new level of intensity and desire. He followed up his disappointing non-year with one of the best all-around performances by a Bronco in school history. And he isn't done yet.

If you thought you'd seen a new Titus Young in 2009, wait till you see the 2010 version. He's more focused, more committed, more driven, and more emotional. In short, Titus has exorcised his demons and replaced them with a renewed love of football, team, and family. His switch from #4 to #1 surely symbolizes a bit of Titus Young's patented swagger...but it also symbolizes his desire to be the best (tryna b the greatest, if you will), and he won't allow anyone to outwork him on the field. Seriously...watch the video below that was shot after a practice where he didn't meet his own expectations on the field. Titus will have a special senior season in 2010...simply won't settle for anything less.

The new hairdo that Titus has sported in Fall Camp is the result of a partnership between the hairstyles of Mr. T, Balrog from Street Fighter II, and the lead singer of Flock of Seagulls.