Hard to believe, but there's two freaking days(!) til the Broncos storm the Capital to take on the Hokies. As you may remember, 97 days ago I started the Herculean task of counting down a different roster spot for each remaining day until kickoff. So far this year, we've batted a thousand, and luckily for my carpal tunnels...we're almost done.

We've got just 2 days until kickoff...so today we'll be highlighting #2 on the Boise State roster—Austin Pettis

Pettis lettered in football three times at Orange Lutheran and found enough free time to letter in basketball and track as well. Obviously, Pettis' meal ticket was football, and he was named Velocity/Prep Star All-Region, first-team all-county, first-team all-league, and third-team all-state as a senior after hauling in 72 receptions for 1,079 yards and 13 touchdowns. Pettis' senior year he led his team to a state championship and in the process, garnered All-Southern Section honors. Pettis was named a 3-star recruit by Scout.com and had offers from Boise State, Utah State, and Utah.

Pettis' sticky hands have become legendary 'round these parts. There is simply nothing he can't catch. 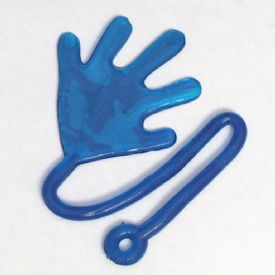 139 yards and 3 TDs against Idaho as a true freshman in 2007. Named second-team All-WAC as a sophomore in 2008. Named to All-WAC academic team as a sophomore. First-team All-WAC as a junior. Broke the school record for consecutive games with a touchdown catch after scoring at least one receiving touchdown in the first 10 games of 2009. Drank Idaho's milkshake again...scoring 4 TDs on them in 2009.

Broken ankle suffered against Nevada on a two-point conversion attempt.

It's hard to believe that Pettis is two days from beginning his senior season at Boise State. It seems like just yesterday, the fresh-faced true frosh was taking the field for the first time on a Taylor Tharp-led squad. It's something I look back on wistfully now, with Cat's in the Cradle playing softly in the background. Pettis, to put it simply, has been money for the Broncos. I'm hard pressed to think of a more consistent, more clutch receiver that the Broncos have had...and in fact, Pettis may be the new gold-standard when he leaves at the end of the year. No, he won't leave with the most yards of any Bronco (although the career TD receptions record is all but his), but Pettis is a receiver's receiver. He has height, speed, incredible hands, and an uncanny ability to box out defenders so he is the only one with a shot at the ball. Sometimes I think Pettis falls down while making receptions just to make it a little more challenging. Prior to last season, Pettis had actually been a bit of a slow starter...having really turned it on in the latter parts of the season to become a dominant wideout—in 2009, Pettis was nigh unstoppable right out of the gate. What will 2010 hold for the future NFL draftee? I can't wait to find out.

Pettis has done what all good college football players should...improved each and every season. In fact, Pettis has improved virtually every stat each year he's been in the program. His freshman year, he hauled in 46 passes for 465 yards and 6 TDs. His sophomore year, it was 49 passes for 567 yards and 9 TDs. Last year, he brought in 63 passes for 855 yards and 14 TDs. All told, the lanky Pettis has accounted for nearly 2,000 yards of offense as a Bronco and 29 TDs (one shy of Don Hutt's record). Pettis' quiet domination is something many fans took for granted until his late-season injury last year, when the Bronco offense suddenly ground to a halt against Nevada. Yes...the Bronco offense needs Austin Pettis, and when he's healthy, he's one of the best possession receivers in the country (that's not rabid homerism). This season, with his ankle rehabbed nicely and scout's to impress, I have no doubt that Pettis will turn in another stellar campaign. With the suddenly deep receiving corps, I don't know if Pettis will get as many touches as last season, but the ones he will get will count. I think he'll have at least one TD against the Hokies and make them pay dearly on 3rd downs. Pettis will break Hutt's all-time TD reception record at Wyoming and go on to put a nice little cap on what has been an amazing career. Players like Pettis don't come around all that often, so pay close attention to #2 this season Bronco fans. Try playing Cat's in the Cradle softly in the background.

After the season, Pettis will be donating his hands to a less-fortunate Bronco receiver...that is, if the Smithsonian doesn't come calling first.